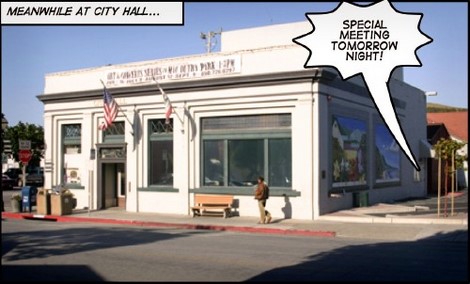 Rumors have been circulating all day (and last night) that the city was about to announce a settlement in the Beachwood case following its closed door meeting Thursday night. I called city hall this morning, asking to be copied when the city issued its press release.

Instead, the city decided to announce its decision to "authorize a settlement" by posting a note on its bulletin board, located in the City Hall parking lot. A note was put on its website at 3:10 this afternoon. The announcement reads in full:

There are no other details.