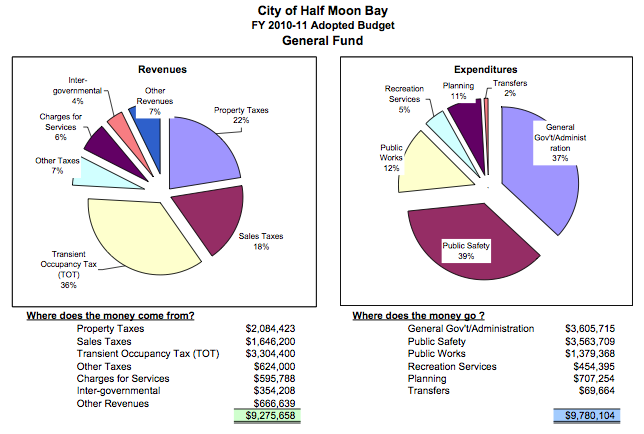 “City Council member were clearly stunned by the measure’s defeat.”

Just shows how out of touch they are with the community.

I’m surprised that the city’s residents will find what’s about to happen preferable to a 1 cent sales tax.

I know HMB has its share of anti-government nihilists—and I think the city might be better off outsourcing its cops—but that’s just the beginning of the hurt that’s about to be visited on the community.

I totally agree with you Barry. I don’t think anyone really wants an half cent sales tax increase but it was more of a lesser of two evils at this point. At least with the half cent tax we HMB citizens could quantify what that would mean to our monthly budget, but all of the other alternatives may actually mean much worse for the whole community, not just HMB.

I appreciate your comments and agree with you. But I am a bit confused by the reference to the 1/2 cent sales tax. Measure K asked for a 1% increase.

On another note, as one who attended the meeting, my compliments on your reporting of the meeting. It is fair, accurate and balanced.

Jude, thanks.  I corrected it.

Spoken like a true entrenched Old Guard politician who is used to running the City without any opposition.

They could have delayed hiring a new Police Chief when the old one left, thereby saving a lot of money in salary and benefits. But no they had to go right out and promptly hire another one.

“Spoken like a true entrenched Old Guard politician who is used to running
the City without any opposition.”

Right on Kevin. It is the old guard who keep getting cycled in and out of the city council who got the city into this whole mess in the first place.