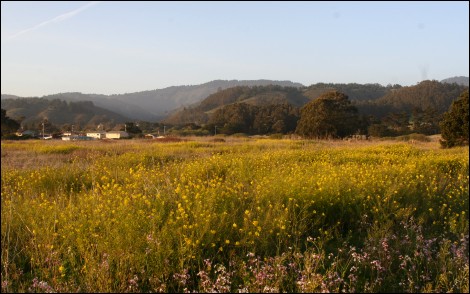 Barry Parr
Beachwood and Glencree on March 22. Check it out while you can. The city has agreed to fence the entire property off. 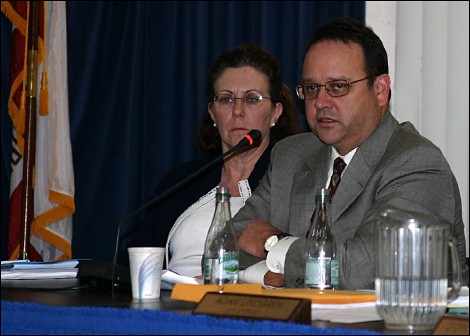 Developer Charles "Chop" Keenan will be allowed to build 129 new houses on Beachwood and the adjacent Glencree property [pdf of city’s press release] as part of a settlement agreement with the city over the Beachwood lawsuit. This returns the two properties to their planned development states in 1990, and gives Keenan the right to 46 houses beyond Beachwood’s original size of 83.

The settlement is dependent on the passage of AB 1991, which will exempt the development from state and local review, including (presumably) the Coastal Act. The bill is sponsored by assemblyman Gene Mullin and senator Leland Yee.

The city will also put a stoplight at Bayview, which will be paid for by the developer. The cost could be shared with future developments that use Bayview for access.  The city says that this "would also facilitate access to other new developments". This opens the door for the reconfiguration of Pacific Ridge to enable the building of the Foothill Bypass from Highway 1 to Highway 92.

The development will not be subject to the growth limitations of the city’s Measure A, which limits growth in Half Moon Bay to 3% per year.

The city council approved the settlement with a vote of 4 to 1. Council member Jim Grady voted against.

UPDATE: You can download the settlement agreement from Coastsider.