Seabirds are dying in large numbers yet again 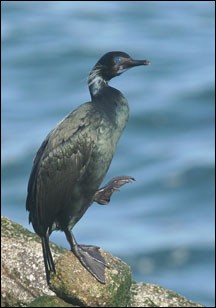 Tom Grey
Brandt's Cormorants seem to be the most common victims of this unexplained mortality event.

Tom Grey
Common Loons are also being found on beaches. 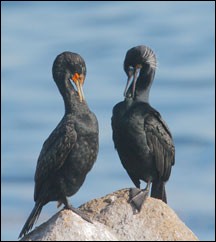 Seabirds are once again dying along the coast from San Francisco as far South as Oxnard, according to WildCare.

Brandt’s Cormorants, grebes and loons are those that seem to be most commonly found. The largest numbers of dead birds reported so far include 67 Brandt’s and 13 grebes at Ocean Beach. This event seems to have coincided with the large wind storms that came through around April 15 but no one knows if that’s relevant.

However, IBRRC (the International Bird Rescue and Research Center)  reports that of the over 30 live birds they have treated all were emaciated and had very heavy parasite loads and low blood levels. The birds ate well, were treated for the parasites and were banded and released when healthy.