Water as a sustainable coastal resource, film and discussion, Thursday 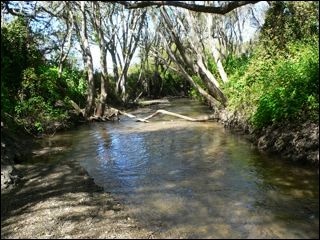 Join Coastside Land Trust for a showing of "FLOW: For Love of Water" (90 min), an award-winning documentary investigation into what experts label the most important political and environmental issue of the 21st century: The World Water Crisis.

The film will be followed by a panel discussion of coastal water concerns by:

This event is free and refreshments will be served.