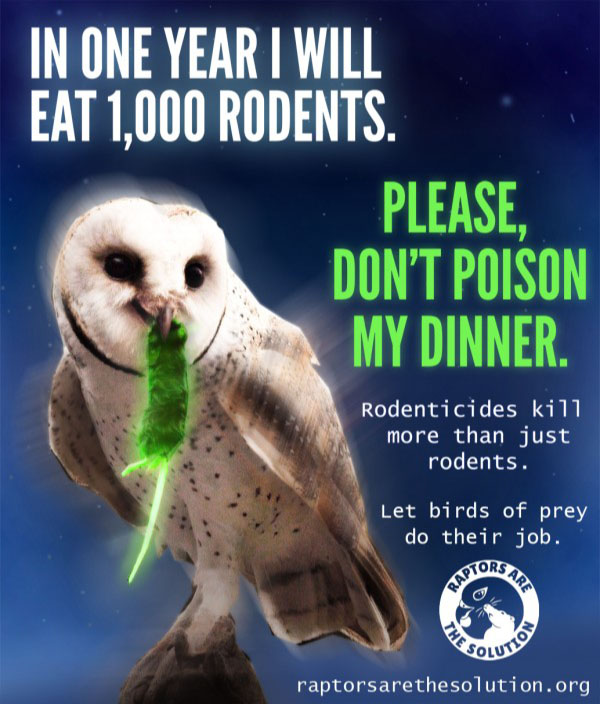 Beyond the obvious danger to children and pets that gain access to rodent poison bait, any wildlife that eats poisoned rodents will also be poisoned.  Hawks, owls, foxes, bobcats, and coyotes are our allies in keeping rodent populations under control.

An organization known as Raptors Are The Solution (R.A.T.S.) has been working hard to get the word out, including several campaigns to raise awareness. www.raptorsarethesolution.org

The EPA and California Department of Pesticide Regulations have started procedures to get rat poisons off the market, but have been challenged in federal court. R.A.T.S. has been successful in getting California cities and counties to pass resolutions to discourage rat poison commerce at their level. So far at least 15 cities in California have passed resolutions, including San Francisco, several East Bay cities, as well as Humboldt County. R.A.T.S. encourages communities that have such rich local wildlife like those in San Mateo County to take on these resolutions as well.