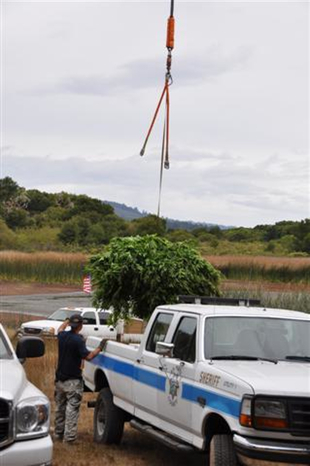 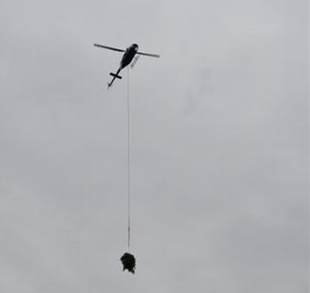 This report is based on county press release.

On Monday, over 5,000 marijuana plants were removed from five sites located in the San Francisco Public Utilities Commission watershed area and the Skyline Ridge Open Space in San Mateo County, according to the San Mateo County Narcotics Task Force.

The task force claims that the street value of the marijuana is $1.5 million dollars. From the release:

The marijuana grow sites were situated in secluded areas. The suspect(s), none of whom were located, utilized sophisticated irrigation systems to tap into available water sources and maintained well supplied campsites. Sleeping bags, hammocks, and foodstuff were located at two of the grow sites. One loaded .22 cal rifle was seized during an earlier reconnaissance mission in the Watershed area.