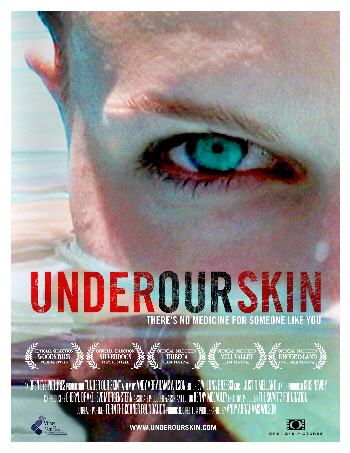 A dramatic tale of microbes, medicine and money, this eye-opening film investigates the untold story of Lyme disease, an emerging epidemic larger than AIDS. Each year thousands go undiagnosed or misdiagnosed, told that their symptoms are "all in their head." Following the stories of patients and physicians as they battle for their lives and livelihoods, the film brings into focus a haunting picture of our health care system and its inability to cope with a silent terror under our skin.

In the early 1970’s, a mysterious ailment was discovered among children living around the town of Lyme, CT. What was first diagnosed as isolated cases of juvenile arthritis, eventually became known as Lyme disease, an illness triggered by spiral-shaped bacteria, similar to the microorganisms that cause syphilis. Today, many of those untreated will suffer chronic debilitating illness. Some unknowingly will pass the disease on to their unborn children. Many will lose their livelihoods, and still others, their lives.

Yet Lyme disease is one of the most misunderstood and controversial illnesses of our time. Difficult to test accurately, tens of thousands of people go undiagnosed—or misdiagnosed with such conditions as fibromyalgia, chronic fatigue, autism, MS and ALS. The Centers for Disease Control admits that more than 200,000 people may acquire Lyme disease each year, a number greater than AIDS, West Nile Virus, and Avian Flu combined. And yet, the medical establishment—with profound influence from the insurance industry—has stated that the disease is easily detectable and treatable, and that "chronic Lyme" is some other unrecognized syndrome or a completely psychosomatic disorder.

UNDER OUR SKIN is a powerful and often terrifying look not only at the science and politics of the disease, but also the personal stories of those whose lives have been affected and nearly destroyed. From a few brave doctors who risk their medical licenses, to patients who once led active lives but now can barely walk, the film uncovers a hidden world that will astound viewers. While exposing a broken health care and medical research system, the film also gives voice to those who believe that instead of a crisis, Lyme is simply a "disease du jour," over diagnosed and contributing to another crisis: the looming resistance of microbes and ineffectuality of antibiotics. As suspenseful and hair-raising as any Hollywood thriller, UNDEROUR SKIN is sure to get under yours.

Montara resident Rob Buelteman’s article about his experience of living with Lyme was recently published in the San Francisco Chronicle. It brings the story close to home.  According to Reba Vanderpool, founder of The Visionary Edge, "This is a film that every adult should see.  The implications associated with the Lyme controversy—medical, political, economic and ethical – are far-reaching, complex and too dangerous to ignore."