Angels in the Dust, Saturday 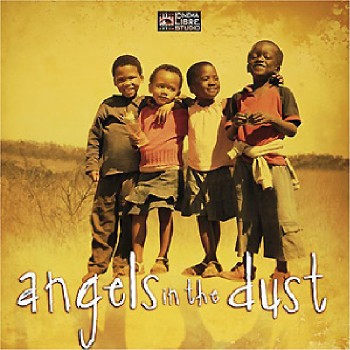 On Saturday September 26th, The Visionary Edge will screen Angels in the Dust. The event will be co-hosted by and presented at the Community United Methodist Church in Half Moon Bay.

Onsite babysitting will be provided during the film for $5 per child for the evening. Saturday, September 26th. Doors will open at 7:00pm, event begins at 7:30 at the Community United Methodist Church, 777 Miramontes Street (at Johnston), HMB. The event is free; donations will be   accepted to cover the costs of screening. Call 650-560-0200 for information and reservations.

Angels in the Dust, an inspiring documentary, tells the story of Marion Cloete, a university-trained therapist who over fifteen years ago—with her husband and two daughters—fearlessly walked away from a privileged life in a wealthy Johannesburg suburb to establish Boikarabelo (formerly Botshabelo), an extraordinary village and school that provide shelter, food, and education to more than 550 South African children.

The tale of Marion and the orphans she cares for is echoed in a dramatic parallel saga of the orphaned elephants of Pilanesberg National Park in South Africa.  The longtime government practice of culling— killing adult elephants to control herd sizes—tore apart the complex social fabric of elephant culture, a fabric that is not unlike that of the traditionally close-knit African village. As a result, orphaned elephants grew up exhibiting unusually violent behavior, such as attacking and goring rhinos. But elder elephants were recently introduced into the Pilanesberg population to re-socialize the young. The experiment is working—and it offers a resonant reflection of the healing taking place for the human children being "re-parented" by Marion at Boikarabelo.

According to filmmaker Louis Hogarth "There are currently two million orphans in South Africa, 1.2 million of whom have lost one or both parents to AIDS. In 2005, AIDS was the cause of parental death for 48% of all newly orphaned children in South Africa. These numbers are expected to rise over the next seven to 10 years. The most serious and lasting consequence of the African AIDS pandemic is its impact on children. Historically, African orphans have been taken in by grandparents, extended family members, friends or neighbors but the magnitude of the AIDS crisis has simply overwhelmed these traditional safety nets, leaving orphans to fend for themselves. Many live in child-headed households, where the eldest raises the younger siblings; others end up living on the streets. Without parents or caregivers to provide for and protect them, orphaned children often suffer from abject poverty, hunger and poor health and are victims of violence or sexual coercion. Many loose access to education, thereby furthering this cycle of poverty and deprivation, often for their lifetimes."

"These reports and statistics made me very angry. Then I found the Boikarabelo orphanage. My film centers on the compelling and charismatic founder of the orphanage, Marion Cloete and her incredible young charges, orphans suffering from AIDS and the terrible effects of all the afore-mentioned ills.  Marion and her immediate family devote their lives to this orphanage so that these children have a chance at a better life.  The Cloetes walked away from a privileged life in Johannesburg to found this orphanage and have experienced tough times but never regretted their decision. The Cloete family demonstrates courage, tolerance, forgiveness and a love of humanity that I have never encountered anywhere."

Angels in the Dust is the story of a courageous, self-sacrificing, fiercely loving woman who chose a spiritual path over a material one; it tells of the life-changing power of one compassionate heart.  For a nation overwhelmed by an epidemic of HIV/AIDS, orphans, rape, violence, and Apartheid’s legacy of social and political unrest, the film offers a clear pathway of hope and a replicable paradigm for the future.

To raise money for the care and education of the children of Boikarabelo, bracelets hand-made by the women of the village, will be sold both at the film screening at 7:30pm as well as at the bazaar at Community United Methodist Church from 9:00-2:00 on Saturday September 26th.