Brian Blade and the Fellowship Band, Sunday at the Bach 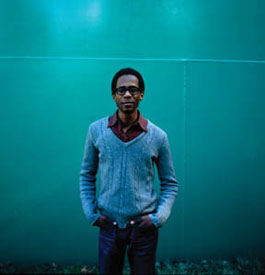 Widely respected in the jazz world as drummer/composer/leader of The Fellowship Band, Brian Blade  and is also known as the drummer for many heroes of the music world, including Daniel Lanois, Joni Mitchell, Bob Dylan, Wayne Shorter, Seal, Bill Frisell, and Emmylou Harris. The latest release is called "Season of Changes" was released on Verve in May 2008.