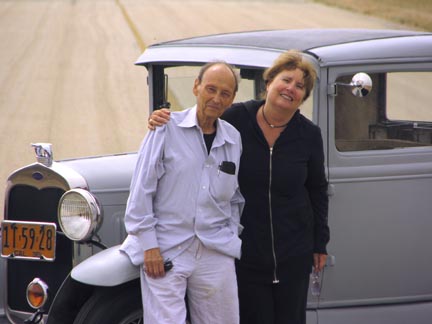 June Morrall, Coastside author and historian is dead at the age of 62. June was a resident of El Granada.

June had published three books, "Half Moon Bay Memories: The Coastside’s Colorful Past" and "The Coburn Mystery", an historical account of murder and mayhem in Pescadero, and "Princeton-by-the-Sea", a history of the community. June had just finished her fourth book, on the history of Moss Beach, which is to be published by Arcadia Publishing in April.

June also wrote about Coastside history on her websites Half Moon Bay Memories, Pescadero Memories, and Princeton-by-the-Sea Memories, where she wrote "June Morrall has lived on the Coastside for almost 40 years. According to those in the know, it will take another ten years before she will be considered an authentic ‘local.’"

June wrote and produced The Mystery of Half Moon Bay [free download at archive.org], a one-hour historical documentary for KCSM-TV.

In the early 1980s, June worked in Time Magazine’s San Francisco bureau—initially as an office manager/photo editor, later as a stringer. She was also a stringer for Newsweek. She wrote "Other Times", a historical column for the San Mateo County Times.

During World War II, June’s family fled Berlin for Shanghai where they lived for nine years.

June can be seen in this video from KCBS explaining the history of Pillar Point [at about 1:30].

The San Mateo County Coroner has not confirmed the date of death, but a relative reported finding her body on Monday.