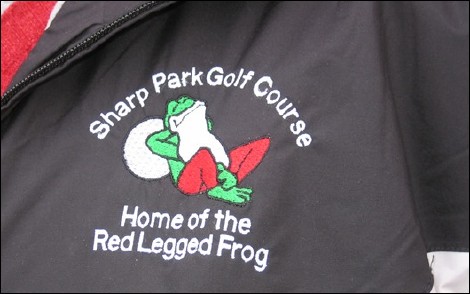 Some people are trying to get Sharp Park Golf Course restored to a natural state, and others say that this is neither desirable nor practical.

There’s an interesting debate at the Examiner’s web site, and you can read the full text of the arguments there.

Sharp Park is a peculiar piece of land: a public golf course in Pacifica owned by the city of San Francisco. The San Francisco supervisors will hold a committee hearing on converting Sharp Park into a nature preserve on Thursday, April 30 at 1pm.

I first heard Brent Plater make his case for restoring the course on KQED:

The story of Sharp Park Golf Course, located in Pacifica but owned and operated by San Francisco’s Recreation and Parks Department, is one of benevolence, hubris, and tragedy. In 1918, wealthy benefactors who required the land be used as a "public park, or public playground" deeded Sharp Park to San Francisco.   Unfortunately, Sharp Park’s vibrant lagoon—with its abundant wildlife, coastal access, and beautiful vistas—was violently reshaped in the 1930s by Alister MacKenzie, a landscape architect who spent fourteen months filling Sharp Park’s wetlands to create an 18-hole golf course along the coast.  But he failed to tame Sharp Park’s natural ecology: the course’s ceremonial opening day was delayed twice because of wet playing conditions; coastal storms destroyed all seven of the beach-side holes a few years later; and a separate storm brought sea water so close to the clubhouse that the City illicitly built a crude sea wall to protect the course’s remains.  The sea wall gambit backfired: it cut-off Sharp Park’s natural water outlets, and now the golf course floods almost every year—with fresh water—threatening homes in the surrounding communities.

For this taxpayers take a net loss of nearly $300,000 each year on Sharp Park Golf Course.  A 2007 Recreation and Park Department analysis concludes that under current conditions the golf course will cost San Francisco taxpayers millions more by 2013.  But even with this massive subsidy golfers are leaving the sport, and more specifically leaving Sharp Park.  Rounds played at Sharp Park have declined nearly 40% since 2000, and it operates at 45% of capacity.

A new planning process for Sharp Park was recently proposed by San Francisco’s Board of Supervisors: partner with the Golden Gate National Recreation Area to transform Sharp Park from an environmentally destructive and budget-breaking golf course into a community-centered model for urban development, natural flood control, outdoor recreation, and endangered species recovery.

If the course is removed and made into a biological reserve it will undercut the work of the environmental community in Pacifica and the development pressures that have been a constant in Pacifica will only increase – imperiling such properties as the old quarry site which developers have twice attempted pave over.

It is this dichotomy which is of the most significance. If the current council fails, a new more pro-development council may emerge. This would be an immense set back for the proponents of a biological preserve. Despite the fact that the City and County of San Francisco owns the golf course property, the City of Pacifica, according to State land use law will have the authority to determine its land use and  zoning.

In addition, the property carries with it a deed restriction included by the wealthy benefactors who gave the land to San Francisco which requires the land be used as a "public park, or public playground" and, if not kept as a public park or playground, the property could revert back to the heirs of the original donors. While San Francisco activists insist that an ecological reserve will suffice in meeting that requirement, it is likely that a court may decide that issue and it may or may not work out in the way activists foresee.

Yet another rationale for the destruction of the course is that the course consistently loses money, as much as $300,000 annually. But Pacifica city leaders and course administrators have publicly stated that the course is self-sustaining and much of the debt load is due to administrative costs and diversion of funds from the course into the revenue stream for the entire Parks & Recreation Department. As a stand-alone, many believe the course could maintain itself.