Farallon Islands, protected for a century, abound with wildlife 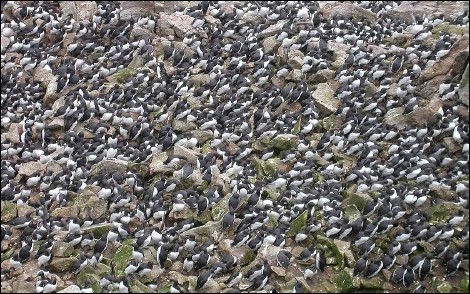 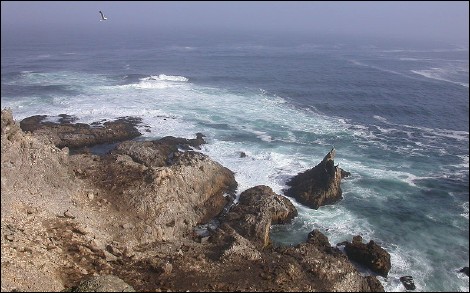 Wikimedia Commons
View from Maintop over Maintop Island north shore, with the Drunk Uncle Islets and the wreck of the SS Henry Bergh.

On the 100th anniversay of the Farallon Island National Wildlife Refuge, the islands are full of life, reports the County Times.

The islands were created 10,000 years ago as the Ice Age ended. The Pacific Ocean, fed by melting glaciers, spread eastward by 35 miles and turned foothills on the continent’s edge into islands at sea.

In the early 19th century, Americans and then Russians came to the islands, hunting northern fur seals, prized for their pelts. By 1838, hunters had killed the last fur seal on the islands. Northern elephant seals, hunted for their blubber, met the same fate in the 1880s throughout California waters, according to the book, "Farallon Islands; Sentinels of the Golden Gate." Then the 1849 Gold Rush, which drew hoards to San Francisco, spurred demand for common murre eggs from the Farallon Islands and elsewhere to feed the exploding population, as the eggs were considered as good as hens’ eggs. By the time the practice was banned in 1896, the population of common murres on the islands had plummeted to several thousand.

But since 1909, wildlife has slowly rebounded. Most management has been hands-off, said Gerry McChesney, acting manager of the 211-acre Farallon National Wildlife Refuge, letting the wildlife return on its own. The effort is helped along by restoring native plants, creating boardwalks for the handful of researchers working on the largest island, Southeast Farallon Island, as well as building blinds so they don’t disturb wildlife while studying them. They are also trying to eradicate the non-native house mice that arrived after years of human habitation by military personnel and lighthouse keepers on the southern island.

Visitors aren’t allowed on the islands, but boat tours circle the site. And the California Academy of Sciences has set up a web cam on the tallest hill on the southern island.