A brave film that confronts a divisive issue, Fri

"Director Patricia Riggen’s "Under the Same Moon" is a brave film that proudly puts a face to an issue that has polarized America." Joseph Belanger, IMDB.com 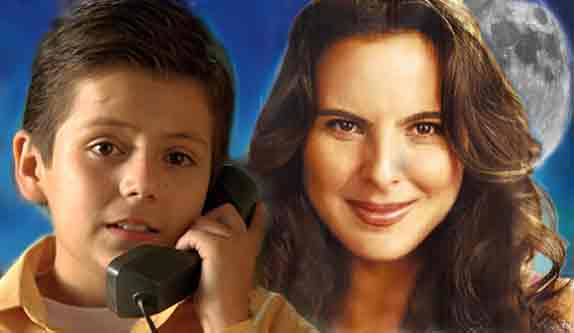 Nine year old Carlitos lives with his grandmother in a depressed Mexican town.  His mother, Rosario, cleans houses in Los Angeles. They long for each other, and keep in touch via a weekly phone conversation.  "We are not so far apart" the mother tells her son "look up and you see the same moon I see".

Carlitos begs to be allowed to come see his mother. Rosario is emphatic—no child of hers will ever be allowed to sneak across the border. When his grandmother passes away in her sleep, Carlitos decides to attempt the trip on his own. From this point on "Moon" becomes a road movie, with Carlitos hooking up with some dangerous people who put him in jeopardy, and a few reluctant angels, who help guide him on his way.

"Director Patricia Riggen smuggles us, with no-bull authority, into the rituals, jokes, and survival games of a culture of half-existence: people who live in two places and nowhere at all. The film says that the U.S. immigrant situation is untenable, and then it forces us to ask: What should be done? That’s a good enough ‘‘argument’’ to find in a movie with an ending so touching it could make Lou Dobbs cry."  Owen Gleiberman, Entertainment Week.Friday, Sept 24 at 8:00 pm