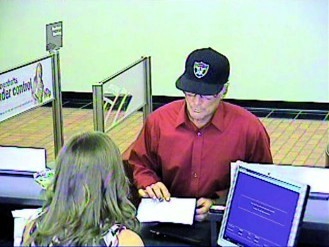 Half Moon Bay resident John Robert Alexander, 56, has been arrested in Bridgeport for a string of California bank robberies, reports the Auburn Journal.

On Aug. 27 Alexander allegedly robbed the Bank of America on High Street in Downtown Auburn. He was then connected to nine other robberies in the Bay Area and Placer County, including Rocklin and Roseville.

Alexander had been called the Posse Box Bandit. A Posse Box is a brand and type of clipboard that has a storage compartment connected to the board.

The Review is reporting that Alexander was well-known locally as an actor in the Coastal Reportory Theatre, having appeared in plays that included “Tommy”, “South Pacific”, “The Rocky Horror Picture Show”, “Over the Tavern”, and “Oklahoma”.