HMB to Sacramento: If you don’t support AB1991, we’ll kill this dog 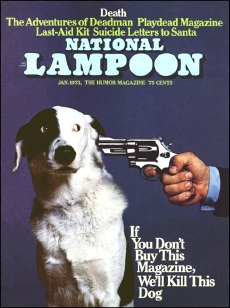 You can’t put a price on creating the precedent of bypassing environmental laws in exchange for cash.

You can’t put a price on ignoring decades of state protection of the coast, environmental quality, wetlands, and endangered species habitat.

You can’t put a price on turning the clock back 20 years for one developer, to a time before Half Moon Bay’s citizens overwhelmingly approved growth limits, and before the developer himself allowed wetlands to develop in holes and clogged drains on his own property.

You can’t put a price on simply ignoring your own laws, after they were vindicated by the state supreme court, just to negotiate a cheaper deal.

The Half Moon Bay City Council is willing to do all that and more for about fifty cents on the dollar.

And they’re also willing to put Senator Leland Yee in an untenable position. Why else would they try to get him to commit to their secret settlement one day before he got a look at it? Why would they threaten him with a city bankruptcy that they knew was already off the table when they asked him to put his name on the bill?  Yee made a mistake signing on to this deal before he knew what it was, but at least he had the courage to take his name off it until he understood the stakes.

Once the legislature gets this thing out into the open air, we may discover that the city has committed to developing state- and federally-protected land. And that the city’s ultimate exposure—if it were to take ownership of Beachwood and develop it to the standard mandated by the city’s own laws—is a lot less than $18 million. And far short of bankruptcy. Especially if, as suggested by the Coastal Commission’s executive director, there is is a way to mitigate development of some of the wetlands.

Half Moon Bay’s City Council structured this settlement so that they would have no choice but to pay up if the state chooses to enforce its own laws. And now they’re telling us "Now is not the time to ask what might have been".  Citizens who don’t want to put a price on the protection of the law shouldn’t have to pay for Half Moon Bay’s cynical settlement.