Kenny Washington at the Ritz-Carlton, Thursday 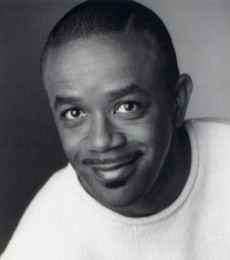 Kenny Washington was recently called “the Superman of the Bay Area jazz scene” by the San Francisco Chronicle. Ravi Coltrane declared that Kenny was his favorite male vocalist. Mark Murphy said in a Jazz Times interview that Kenny was the only contemporary male vocalist that was carrying on the tradition and Kenny was recently voted a “Rising Star” in the male vocals category in the 57th Annual Downbeat Critics’ Poll.

Kenny Washington will be performing at the Ritz-Carlton this Thursday, January 14. This is a rare opportunity to see this extraordinary singer at this picturesque venue. This will be Kenny’s last Bay Area performance before leaving for a week long engagement at Dizzy’s Club Coca Cola - Jazz at Lincoln Center in New York. He will be performing at Lincoln Center with the great vibraphonist, Joe Locke and his stellar band which includes George Mraz on bass, Geoffery Keezer on bass and Clarence Penn on drums.

Joining Kenny at the Ritz will be John R. Burr on piano, Ruth Davies on bass and Michael O’Neill on saxophone. They will be performing new arrangements that they are grooming for a series of upcoming dates including Yoshi’s in Oakland on April 6th.