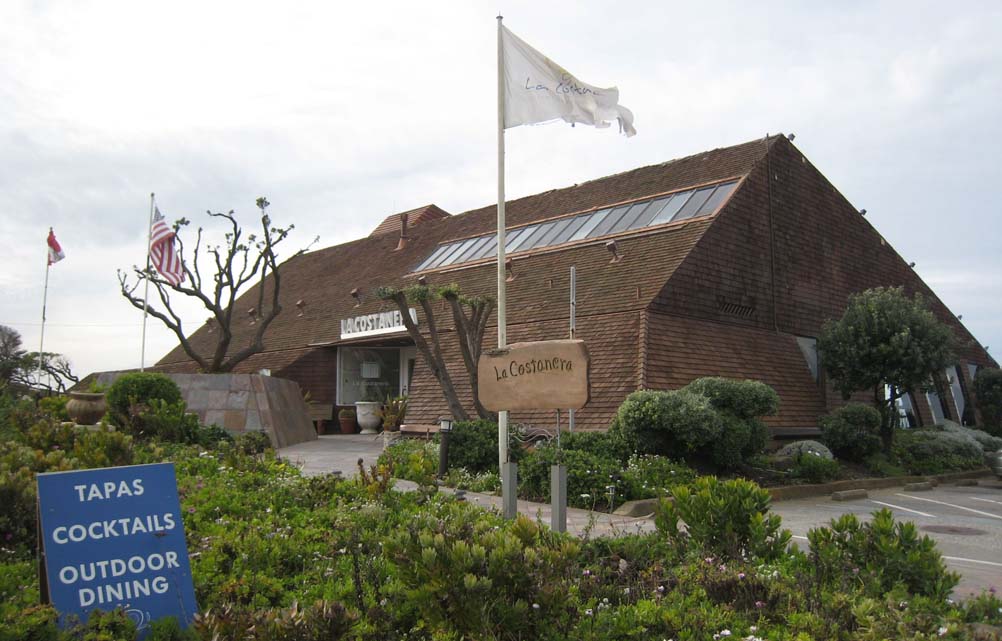 La Costanera Restaurant, at the south end of Montara Beach, is applying for permit amendments to allow them to open in the daytime on Fridays and weekends (10AM – 2AM).  Environmental review documents are now available for public comment the MCC website.

1977 State and County permits for the restaurant limit operations to between 5PM until normal closing time, in order to share available public/private parking between beach users in the daytime and restaurant users in the evening.

The Initial Study and Negative Declaration addresses the potential environmental impacts of the proposed expansion in operating hours, installation of exterior lights, signs, and patios, and grading, drainage and other improvements of the adjacent dirt parking area owned by State Parks.

This has big implications for access and for the neighborhood.

Most weekend days, of course, the Costanera parking lot is filled with beach goers. More people will have to park on the highway and hike to the beach.

Most evenings, First Street and the east side of Highway are jammed with the cars of Costanera patrons.

I should add that I’m really happy to see a successful restaurant at that location, and that their pisco sours are excellent.

Agreed Barry, I’m also happy we have another thriving coastside business, but I’m also horrified at the thought of 2nd Street and Highway one looking like Sam’s on a busy day, the potential for roadside carnage is scary.

And let’s be clear here, Mr. Mortazavi has a history of ignoring permit restrictions and mocking the county. He has been opening the Resturant at 4.00pm, an hour earlier than permitted, for quite sometime with no penalties. Am I now to understand he wants official pardon for the illegal patio and lighting ‘improvements’ that he built without permits? The community recently fought hard with a grass roots campaign to get him to take down the illegal floodlights that were causing horrendous light pollution, will he now get them reinstalled? The patios have not been approved, are they even to code? Also I am to interpret from this application that he wants to open until 2.00am? This is not in the spirit of our coastal community, for which Mr. Mortazavi clearly has no regard for whatsoever. Is the county going to continue to let this guy railroad over the planning dept. rules and regs that (mostly) everyone else has to comply with? It all seems just a ploy as he wants something else that he knows he HAS to get a permit for, and that’s to take over and grade the dirt lot to the North of the restaurant thus expanding his parking capacity and upping his potiential to make more money. And where will that leave the beach visitor? I’m waiting with baited breath to see where the CCC net out on that one.

I’m all for local trade and I’m an avid supporter of our local businesses but as a concerned community member I’m extremely disappointed in the county and beginning to see it as a toothless silent Guard dog for our community where La Costanera is concerned. I hope I get proven wrong.

Thanks for the clarification Lisa, I was hoping it was a typo! I’m curious do you know of any other bar/restaurants on the coast that have been granted a licence till 2.00am in the morning? I mean come on, Montara is a sleepy coastside town, not a hopping San Francisco party district. The last thing we need is an increase in late night traffic on the slide all sleepy and boozed up.

Kevin, The current restaurant permit says hours limited to 5PM until “normal closing time”, which is undefined. They currently list closing time as 10PM, but could legally stay open later.  While the application for permit modification asks for 10AM - 2AM on Fridays and weekends, the county could modify the closing time if they chose, so it’s a useful comment to make.  I’m guessing the CCC would not have issue with the closing time as their issue is parking and public coastal access.

Thanks for clarifiying again Lisa, I’m guessing that Montara residents will not be happy about a 2.00am closing time for the restaurant. Noise, parking and congestion will also be a problem. And as I have pointed out, it’s just not in the spirit of our community, this is not San Francisco. He’s asking for 2.00am, knowing that he will get 12.00am it’s a stratagy. Again my problem with Mortazavi is his brazen disregard for the county and the community culture in which he conducts his business.

The Planning Commission hearing on changes in the restaurant Use Permit has been delayed once again due to recent comment letter from State Parks.  http://www.midcoastcommunitycouncil.org/storage/issues/plns/pln2006-00494/2014-03-19-StateParks-Costanera.pdf