Land Trust appoints Terri Reece to its board 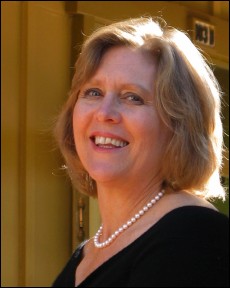 The Coastside Land Trust announced Monday the appointment of Terri Reece to the Board of Directors.

Terri Reece spent her formative years on the Coastside, moving here officially in 1987.  She currently resides in El Granada. In her very early years she bonded with the Coastside. Her dedication to the preservation and stewardship of Coastside open space makes her an ideal member of the Coastside Land Trust Board of Directors.

Terri is the President of Reece Computer Systems. She formerly held executive positions with HP, Nestle and Oracle Corporation, and has an extensive background in international IT and consulting, global business management, and is an accomplished speaker. Terri also started one of the first computer training, documentation and computer support companies on the coast, Paperclip Enterprises, from 1987- 1994, and helped initiate Coastside school computer programs starting at Farallone View Elementary with parent, teacher and student training programs.

Terri has been a committed environmentalist since the early 70’s, and takes every step available to her to have a care for the world we live in and to understand the impact that thoughtful business practices have on our business and our community.  Because of that commitment, she and her husband have certified Reece Computer Systems as a B-Corporation (beneficial corporation) in 2008.  In 2009, Reece was awarded the 2009 Sustainability Award, because of its commitment to creating a sustainable community and a work environment that has a healthy connection to the natural world.  It was also awarded the 2008 Small Business of the Year award from Senator Leland Yee.  Terri is a member of the Advisory Board of Harley Farms Goat Dairy.

The Coastside Land Trust is dedicated to protecting the urban open space of the San Mateo County coast, for enjoyment now and for generations to come. Its primary focus is safeguarding scenic bluffs, open space, stream corridors and agricultural lands in and around the communities of Half Moon Bay, El Granada, Miramar, Moss Beach, Princeton-by-the-Sea, and Montara.