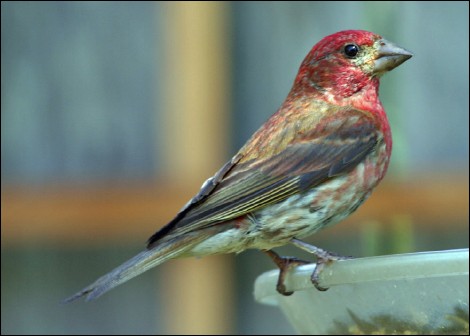 Coastside Land Trust hosted a bird walk on Sunday afternoon June 14, 2009 as the second half of the Songbird and Seabirds Workshop.  The co-leaders on the outing were Alvaro Jaramillo, who lead the classroom portion of the workshop earlier in the day, and Gary Deghi.

The trip began at the end of Redondo Beach Road where a group of about 30 people looked for birds out over the ocean.  A number of Western Grebes and Western Gulls were joined by Double-crested and Pelagic Cormorants, Brown Pelicans, Caspian Terns and a single adult Heerman’s Gull.  Pigeon Guillemot and Common Murre were scoped well offshore.  The best sighting here was not a bird but a mammal, as most in the group were able to see a Stellar’s Sea Lion just beyond the breakers, a rare sighting for this part of the coast.  Just as we were getting ready to start our walk towards the arroyo, we noticed two Black Oystercatchers flying north just offshore.

Once out in the Wavecrest grasslands we had a chance to start separating the different kinds of swallows present, and the group learned how to identify the Barn, Tree, Violet-green, Cliff and Northern Rough-winged Swallows that were flying around taking insects on the wing.  The group was able to study a variety of songbirds along the arroyo within the willow riparian habitats and adjacent coastal scrub including Mourning Dove, Anna’s and Allen’s Hummingbirds, American Crow, Chestnut-backed Chickadee, Bushtit, American Robin, Wilson’s Warbler, California Towhee, Song Sparrow, White-crowned Sparrow, Red-winged Blackbird, Purple Finch, House Finch and American Goldfinch.  We could hear Swainson’s Thrush calling from within the riparian vegetation.  A number of Red-tailed Hawks and a single Turkey Vulture were observed flying overhead.

Once back at Redondo Beach Road and walking toward the parking area, many in the group enjoyed close-up studies of several Savannah Sparrows along the roadside.  Shari met the group in the parking lot with refreshments to end the trip as a Red-tailed Hawk joined us on a nearby telephone wire and a Common Raven flew overhead.  This was a great outing with many beginning birders and a good number of very enthusiastic kids, great weather, plenty of birds and friendly people.