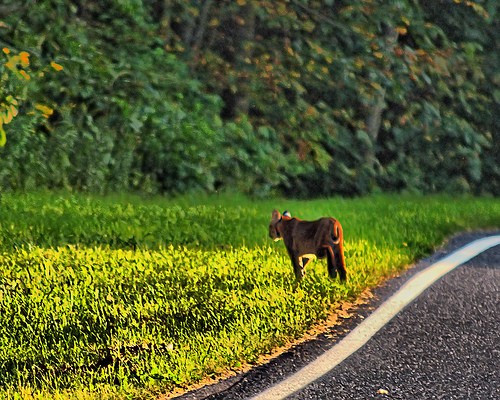 I do suspect what most people are seeing are bobcats.  Most of the time you will only see bobcats in the late evenings or early mornings.  Generally they are very nocturnal animals and very weary of people.  Bobcats usually follow the same paths over and over. So if you see one, chances are if you look in the same place and time the next day you may see the cat again.

I think the best policy is to let them be.  They won’t harm you and this is their earth too.

Darin’s video of the Seal Cove bobcat is here: