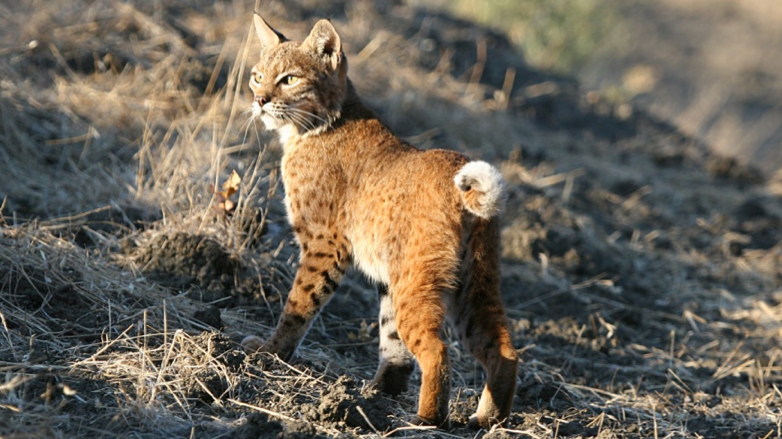 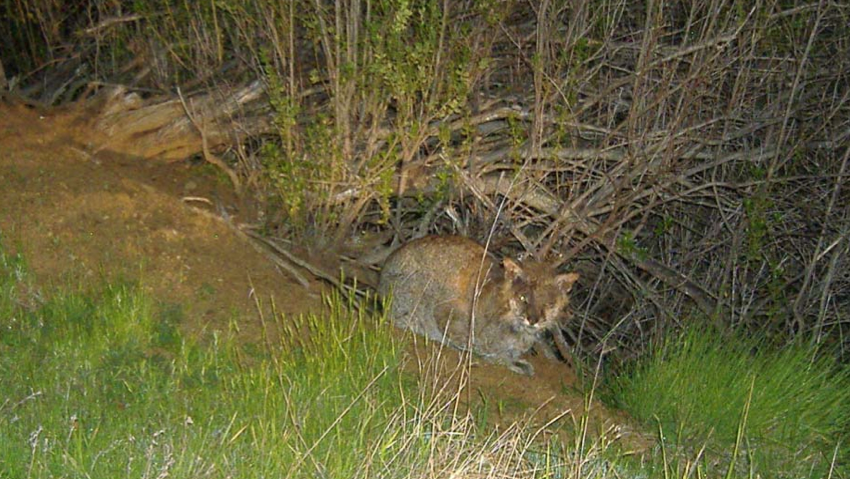 Based on information from MROSD

The California Department of Pesticide Regulation has limited the sale of SGARs effective July 1, 2014.

In 2010, the Midpeninsula Regional Open Space District began to observe bobcats with symptoms of a severe disease called notoedric mange in the 4,150‐acre Rancho San Antonio County Park and Open Space Preserve near Cupertino. Until then, healthy bobcats were commonly seen throughout the preserve, often hunting rodents in meadows.

Studies by the National Park Service in southern California indicate that outbreaks of mange in animal populations is a result of exposure to anticoagulant rodenticides. These poisons weaken animals’ immune systems and make them less able to fight mite infestations. This leads to cracked, wounded skin that is subject to bacterial infections. Affected animals become malnourished, emaciated and unable to hunt or feed themselves, and eventually die.

In early 2011, following a population study, California Department of Fish and Wildlife researchers reported, “The absence of recent bobcat sightings coupled with the number of documented mortalities suggests that although still present, the local population may be significantly reduced.”

Today, bobcats are rarely seen at Rancho San Antonio OSP. Mange-ridden animals have been recorded at the districts’s Fremont Older Preserve. MROSD staff has received reports of dead or mange‐ridden bobcats across a distance of 18 miles.

MROSD staff and volunteers started a study in the last six months to determine the existing population and health of bobcats at Rancho San Antonio OSP. Very few bobcats have been observed, however, the few that have been sighted (possibly only two or three individuals) appear healthy. A juvenile bobcat, probably 6 to 9 months old, was observed following an adult bobcat, which indicates that some of the population is healthy enough to reproduce.

MROSD concludes, “If this small population can be protected from exposure to rodenticides, they are likely to reestablish a healthy population at Rancho San Antonio OSP because it is good habitat for them.”

National Parks Conservancy’s Christine Carey wrote about the danger to our native wildlife from rodenticides in her February Rancho Corral de Tierra newsletter.  For more information she referred to the “Raptors Are The Solution” (R.A.T.S.) website http://www.raptorsarethesolution.org, or contact Allen Fish at .(JavaScript must be enabled to view this email address)

A representative from R.A.T.S. will give an informational presentation at the April 23 Midcoast Community Council meeting.

Reckitt Benckiser, the parent company of rodenticide manufacturer d-CON, has filed a lawsuit against the California Department of Pesticide Regulation to stop the recently approved restrictions.  http://www.biologicaldiversity.org/news/press_releases/2014/d-Con-03-31-2014.html

The CDFW has posted a web page that provides a lot of good information on this issue:

This topic will be discussed at the Midcoast Community Council meeting on Wednesday, 23 April 2014.  Full agenda is here: http://www.midcoastcommunitycouncil.org/home/2014/4/18/mcc-meeting-april-23-7pm.html