Promotional video for shark diving off the Farallon Islands. I had no idea this was a thing in this area. 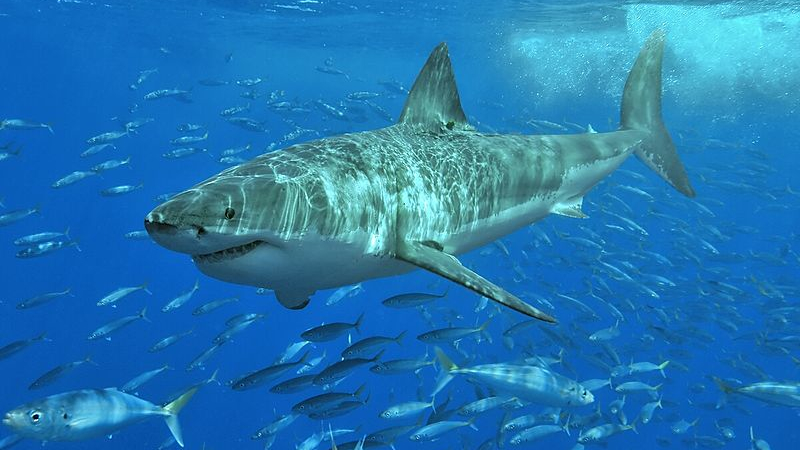 NOAA is reviewing potential disturbances to white sharks due to research and tourism in Gulf of the Farallones National Marine Sanctuary over the next five years.

This follows the previous draft analysis from 2010 that looked at the effects of a research project which placed small satellite transmitters on white sharks. It also evaluates shark dive tourism operations that use artificial seal decoys to attract sharks.

The public has an opportunity to review and comment draft proposal that evaluates a range of potential white shark research techniques that might be used in the sanctuary, including the use of tracking devices, decoys, chum and shark cages.

The final programmatic environmental assessment is expected to be completed this summer.

The draft programmatic environmental assessment is available at the sanctuary’s website. Comments can be submitted electronically through the Federal eRulemaking portal, or by mail to Gulf of the Farallones National Marine Sanctuary, 991 Marine Drive, The Presidio, San Francisco, CA 94129.