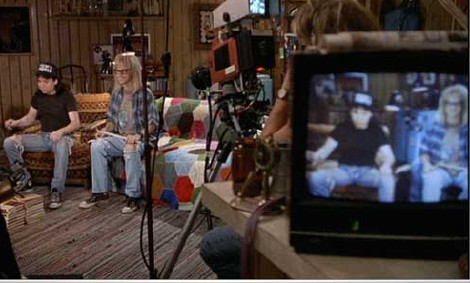 Public access TV is always going to be slapdash and rinky-dink. But it ought to be public.

Thank you for holding a public meeting on the future of the Coastside’s Public, Educational, and Governmental television station, which is currently operated by MCTV. I wanted to share my thoughts with you in advance of the meeting.

I agree with the Civil Grand Jury that MCTV’s programming does not meet the needs of the community. However, I’m confident that if MCTV were more open it would do a far better job of serving the community.

I’m going to lay out the problems that have created the current programming crisis on MCTV, and offer a set of reasonable reforms that will improve the quality of MCTV’s service to the Coastsiders who are paying its bills.

The licensing authorities (San Mateo County and the city of Half Moon Bay) should require the Coastside PEG station licensee to:

Finally, the licensing authorities should appoint an ombudsperson to handle requests, complaints, and suggestions from the community and participate in future requests for proposals as a community representative. This would avoid the problem of the station’s unresponsiveness, while relieving city and county authorities of fielding complaints from the public.

As I said, these are reasonable, common-sense reforms which will greatly enhance the public’s use of its public access channel while not unduly inconveniencing the licensee. Thank you for your attention.