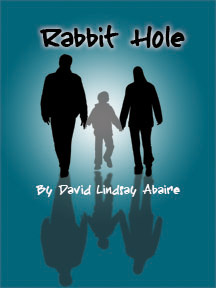 Lindsay-Abaire’s insightful play, which received five Tony nominations and won the Pulitzer for drama in 2007, explores the relationships within a family learning to cope with tragedy. Becca and Howie Corbett are grieving separately over the loss of their 4-year-old son, Danny. As Becca tries to forget and Howie tries to remember, the husband and wife slowly drift apart. Then Jason, the teenage boy who was driving the car that killed Danny, appears on the doorstep and offers a way to cope—a possibility for light at the end of a long, dark tunnel. Becca’s sister, Izzy, and mother, Nat, bring confusion along with insight; hilarity along with emotion.

Dates and show times for “Rabbit Hole” are: September 17 through October 9; Fridays and Saturdays at 8 p.m.; Sunday matinees at 2 p.m.

“The play shows how grief can take many forms,” said Coastal Rep’s Artistic Director, Michael Lederman, who plays Howie Corbett. “We all try to cope with loss in whatever way feels right—and there really is no right way to do it. It’s different for everyone.”

For more information and to purchase tickets, contact (650) 569-3266, or visit www.coastalrep.com. Coastal Repertory Theatre is located at 1167 Main Street in Half Moon Bay.