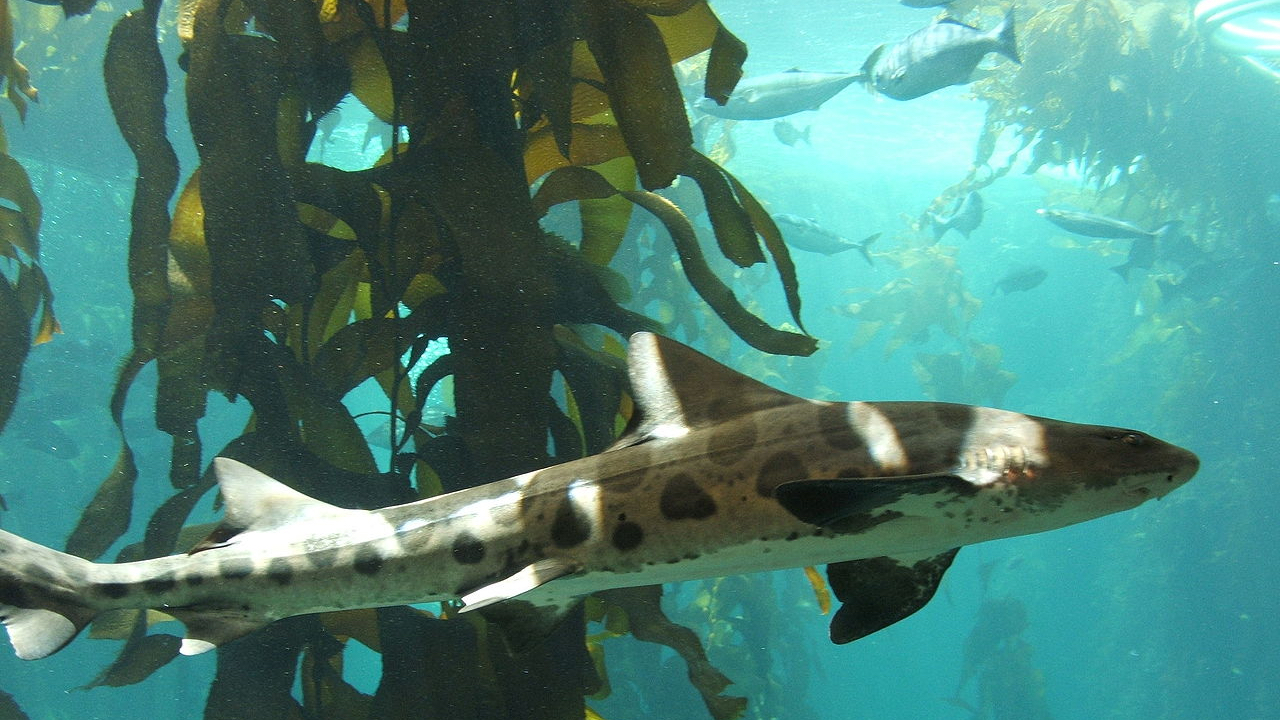 There are more sharks than you might think in San Francisco Bay.

When most people look out on the muddy waters of the San Francisco Bay they don’t think of what lies underneath. They notice the large ferries, yachts, and cargo ships that crisscross its waters every single day, but nothing else. Those brown, turbid waters hold many secrets and many amazing animals.

Among these amazing animals are sharks. No, not the giant, toothy menaces that everyone conjures up when the word “shark” is mentioned. I am talking about the more common, uncharismatic species that inhabit the San Francisco Bay. While it is true that large, oceanic species (such as the Great White Shark (Carcharodon carcharias)) have been found swimming inside the Bay, they usually don’t stay long or venture far inside. The sharks that reside in the Bay are usually harmless, smaller species. One such species is the North Pacific Spiny Dogfish (Squalus suckleyi). These slender, brown sharks reach a maximum length of 4 feet and are found inside the Bay mostly in the winter months. During this time, they can form very large schools, usually consisting of a single sex. Interestingly, Spiny Dogfish possess a curved, mildly poisonous spine in front of each dorsal fin, which is used for defense from larger predators.

One of the larger sharks that regularly inhabits the San Francisco Bay is the Broadnose Sevengill Shark (Notorynchus cepedianus), which can reach lengths of about 10 feet! Sevengills are found in our waters mostly during the spring and summer months. During these warmer months there is an increase in the abundance of large, pregnant females, leading scientists to believe that they come to San Francisco to give birth. Sevengills eat mostly fish (including other smaller sharks), but larger ones will eat marine mammals as well. Sevengills also appear to come into the Bay in pursuit of smaller prey species of sharks, such as the Brown Smoothhound (Mustelus henlei), a species that is common in the early spring. Interestingly, it has been shown that the coloration of the Sevengills in San Francisco differs from other locations in California, leading to the possibility of subspecies in Californian waters.

Probably the most abundant shark in the San Francisco Bay is the Leopard Shark (Triakis semifasciata). This medium-sized shark, which can grow up to 5 feet long, feeds on worms, crabs, clams, and small fish in shallow water. The Leopard Shark can move large distances (some move down to Southern California), but the ones in the Bay seem to be mostly residents. San Francisco is a vital nursery area for these sharks, as newborns of the species are commonly found in the safety of the shallow waters found here.