The Boy with the Incredible Brain, Saturday 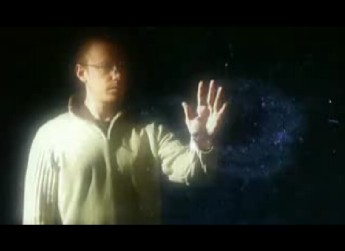 The Boy with the Incredible Brain, a sensitive and enlightening documentary about highly functioning savant Daniel Tammet, will be presented by The Visionary Edge at 7:30 pm, Saturday, February 7th at The Johnson House Train Depot in Half Moon Bay.

The film is the breath-taking story of the astonishing arithmetic and language capabilities of Daniel Tammet.  Born January 31, 1979 to a working-class parents in London, he was one of nine children. The film shows scientists testing his ability to recite Pi to 22,500 decimal points, as well as learning the Icelandic language in one week. Tammet, in his gentle unassuming way, passes all the tests and offers this concluding statement about the phenomenon of savants: "The line between profound talent and profound disability is a surprisingly thin one."

Though a savant, Daniel Paul Tammet has none of the apparent disabilities which keep most savants from functioning as normal, independent adults.  Many cases of savantism are triggered by accidents which leave behind brain damage; Daniel’s skills date from an epileptic fit when he was a young child.

It is Daniel’s ability to communicate how he experiences his abilities that makes him unique and that makes it possible for scientists to study his skills in a new way.  They are convinced he may hold the key to unlocking similar abilities in everyone if it can be determined which parts of the brain to enable or disable to enhance particular cognitive functions.  He could be the key to unleashing the next great step in human intelligence.

Tammet perceives numbers as colors or sensations, a skill known as synaesthesia, but the detail and specificity of Tammet’s mental imagery of numbers is unusual. He says that in his mind’s eye, each integer up to 10,000 has its own unique shape, colour, texture and feel. He can intuitively "see" results of calculations as synaesthetic landscapes without using conscious mental effort, and that he can "sense" whether a number is prime or composite. So he is not calculating or memorizing to produce his astonishing answers to mathematical problems.  He is simply reading the landscapes.  He has described his visual image of 289 as particularly ugly, 333 as particularly attractive, and pi as beautiful. The number six apparently has no distinct image and is experienced as a visual void in the landscape. Tammet described 25 as energetic and the "kind of number you would invite to a party" on The Hour. In his memoir, Born on a Blue Day, he talks of how having epilepsy, synaesthesia, and Asperger Syndrome all deeply affected his childhood.

The documentary, created in the UK, shows highlights of Tammet’s meeting with Kim Peek, the world famous savant who was the inspiration for the movie Rain Man starring Dustin Hoffman and Tom Cruise. In The Boy with the Incredible Brain,  Peek is shown hugging Tammet telling him that "Some day you will be as great as I am", to which Tammet replies "That was a wonderful compliment; what an aspiration to have!"  According to Reba Vanderpool of The Visionary Edge, two surprise humorous shorts will also be shown that have tie-ins to theme of the learning.

Saturday, February 7th.  Doors will open at 7:00pm, film begins at 7:30.  The Johnson House Train Depot, 110 Higgins Purisima, HMB.  The film is free and open to the public; donations are encouraged to cover screening expenses.  Call 650-560-0200 for information and reservations as seating is limited.