The Living Matrix: The New Science of Healing, Sunday 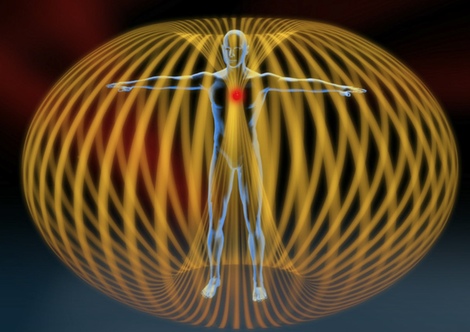 On Saturday November 7th, The Visionary Edge will screen The Living Matrix: The New Science of Healing, a recently released documentary that challenges conventional medicine to expand its understanding of human biology.

Doors will open at 7:00pm, event begins at 7:30 at the Community United Methodist Church, 777 Miramontes Street (at Johnston), HMB. The event is free; donations will be   accepted to cover the costs of screening. Call 650-207-3440 for information and reservations.

Woven among interviews with world’s most respected experts in bioenergetic medicine, dynamic 3-D graphic animation takes The Living Matrix viewer on a journey deep into the structure of the human body to illustrate how quantum biology influences health. Through in-person interviews and dramatized video vignettes that document the stories of people who recovered from chronic illness – including a five-year-old boy born with cerebral palsy, an osteopathic doctor with a brain tumor, and a housewife bedridden with chronic fatigue syndrome – the film demonstrates the effectiveness of bioenergetic medicine where traditional medicine has not succeeded.

Unlike other documentary films about alternative medicine, the film brings together academic and independent researchers, practitioners, and science journalists – such as British biologist Dr. Rupert Sheldrake, American medical doctor and former Stanford University professor Dr. Bruce Lipton, and former US astronaut Dr. Edgar Mitchell – whose work reveals scientific evidence that bioenergetics play as significant a role as biochemistry in human physiology and biology. In the film, they explore bioenergetic principles of the human body field and informational healthcare, which may be the most important factors influencing health and wellness. They also articulate the concepts and define new terminology to help advance an understanding of these principles.

“At the most fundamental level, all matter – including the human body – can be described in physics terms as fields of information and structured energy,” said Massey. “Information is the controlling factor of the body’s energy fields, and therefore is the most important component for health. Western medicine has yet to move outside its comfort zone to embrace these revolutionary findings, which can have profound implications not only for medicine, but for the pharmaceutical industry and other health-related areas.”

“Some people spend years suffering, mostly in a conventional medical system that restricts their choices and limits their wellbeing by dismissing bioenergetic medicine as the placebo effect or spontaneous remissions,” said Becker. “However, many people are embracing new approaches, and The Living Matrix offers them deeper insight into how and why bioenergetic and informational health care works. It invites traditional practitioners to consider a total integration between conventional and alternative medicine.”

“The world is requiring us to become empowered very quickly now,” says Bruce Lipton, “We used to say – ‘the genes we came with are acting in concert to create alzheimer’s, cancer, arthritis,’ but it doesn’t work that way. It works like this – the human organism is dynamic and responds to the environment in order to survive.”

So, as a species, we’re not doomed after all! Not by global warming, not by the economic meltdown, not by air and water pollution. We create our reality with every decision we make every day, and a critical mass of people waking up to this reality can shift life on this planet.

“Healing ourselves and healing the earth are intimately entwined,” says Rachel Abrams, M.D. founder of the Santa Cruz Integrative Medicine and Chi Center.

“Our science is getting subtle enough that we can actually understand why meditation, herbs, Ayurvedic and Chinese medicine are effective. The Living Matrix movie opens people’s eyes to the broad possibility in each of us for health and vitality and for overall healing, because healing is not just about your body but your spirit as well.”

“I am a Western medicine doctor,” Abrams says, “And there are things that Western medicine does very well – hygiene to kill germs, for example, setting broken bones, emergency surgery. By all means, if I’m acutely ill, take me to the hospital!”

“But chronic disease that develops over time based on the stress we take on and don’t know how to handle has a physiological impact, and Western medicine doesn’t always address it effectively. Most people who come to my practice have been the rounds of Western doctors. The system is set up so that physicians do not have time with each patient to really delve into needed lifestyle changes and the development of preventive practices to benefit overall health improvements.”

This is the message of HeartMath, a Boulder Creek institute that has been researching stress and emotional self management for nearly 20 years. As participants in The Living Matrix movie, HeartMath researchers Howard Martin, Deborah Rozman, Ph.D. and Rollin McCraty, Ph.D. describe the key role the heart plays in promoting general health and well-being.

The Institute of HeartMath’s new project – The Global Coherence Initiative – postulates that a critical mass of people practicing heart coherence all over the world might affect the earth’s electromagnetic fields and calm the waves of fear, greed, and uncertainty driving many of our current systems. Bruce Lipton recently joined the GCI advisory board to offer biological insights for questions and results that arise from its studies.

Hosting the event was “a must” for Reba Vanderpool, whose fascination with the new science of healing is only matched by her passion for the power of the human spirit. Countless coastsiders have been inspired by her films on our role in creating an environmentally sustainable, spiritually fulfilling, socially just human presence on this planet.

“What is at stake is so much more than personal well-being.  It is imperative that we translate our expanding knowledge into public policy for the health of the planet and its inhabitants,” she says.

Copies of The Living Matrix DVD will be on sale at the event.

Babysitting will be provided for $5 per child for the evening with a 24 hour advance reservation.