The Supervisors must stop treating the Midcoast like a colony 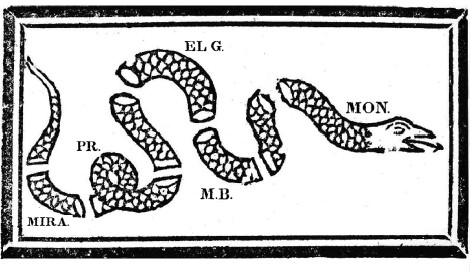 Who can speak for the Midcoast? Not our elected officials, according to the San Mateo County Board of Supervisors.

The Supervisors are considering a proposal to forbid the election of current members of existing Coastside boards to the Midcoast Community Council. They can do whatever they want. Because they control the Midcoast and the MCC—and we don’t.

The MCC has nominated Ric Lohman, another member of the GSD board, to fill a vacant position. I understand the issue with seating three members of the five-member GSD board on the MCC. But Lohman was one of only two applicants for two open positions on the MCC. And by addressing this particular issue with a blanket rule, the Supervisors neglected to check the bathwater for babies.

Because we are ruled by Redwood City, our water and sewer boards are the closest thing the Midcoast has to local government. But the Supervisors want to keep those board members from representing us on matters unrelated to excrement.

The Midcoast is a colony of Redwood City

The Board of Supervisors is the "city council" for the unincorporated Midcoast. Montara, Moss Beach, El Granada, Princeton, and Miramar depend on the county for zoning, parks, roads, public works, and police services—unlike incorporated cities, such as Pacifica and Half Moon Bay.

But our votes don’t matter to the Board of Supervisors. They are elected by the county at large, instead of by the districts they ostensibly represent. The Midcoast has 15,000 of San Mateo County’s 700,000 residents. We’re only 2% of their electorate. They are 100% of our local government. You do the math.

The Supervisors aren’t just moving the goalpost, they’re burning it down.

Who speaks for the Midcoast?

Does the Board of Supervisors want honest advice from the Midcoast Community Council? Or are they looking for someone to tell them how much we love they way they’re ruling us, and please sir may we have some more?

Instead of trying to undermine self-government on the Midcoast, the Board of Supervisors and our district representative—Rich Gordon—should be working to increase our control of our own destinies.