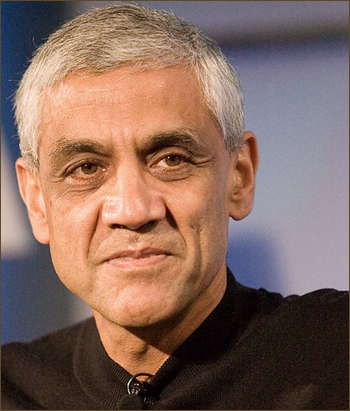 The secretive new owner of Martin’s Beach who locked out the public may be Silicon Valley venture capitalist Vinod Khosla, co-founder of Sun Microsystems, reports Julia Scott in the County Times.

Surfrider Foundation has tied Khosla, who refused to answer questions from the County Times, to the purchase and requested a meeting.

The beach was purchased by company registered and managed by people with close ties to Khosla.

Khosla is founder and CEO of Khosla Ventures, one of the Silicon Valley’s best-known venture capital firms. He is well known for his commitment to clean energy technology and has been dubbed the “king” of green investing.

“There was a good enough preponderance of evidence pointing that way,” said Mike Wallace, a spokesman for the Surfrider chapter. “I didn’t expect to hear from him, but I wanted to reach him so he would know people are on to him.”

Approached outside his office on Monday, Khosla would not comment on whether he owns Martin’s Beach. He said he hadn’t seen the Surfrider letter, which was sent by certified mail on Aug. 3.

“I’m in the middle of a meeting,” Khosla said, walking away quickly. “I haven’t seen the letter. I’ll respond to the letter when I receive it.” He would not answer other questions and did not respond to a subsequent email.

Before the beach was purchased for $33.8 million in 2008, owners allowed the public access to the beach by a private road for a token fee.