Here's a link to a new video featuring local guitarist Vera Vanderschalk playing a traditional Spanish flamenco tune  'Tarantas'.  The video was shot at an open mic event in Pescadero in April 2010.

Vera will be performing Wednesday March 9th from 7:00 to 9:00 at The Wine Bar in Princeton Harbor (El Granada) in 'The Shoppes' next to Crab Landing restaurant.  She will be playing a mix of classical, flamenco and jazz. 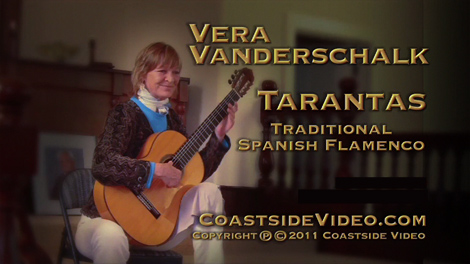