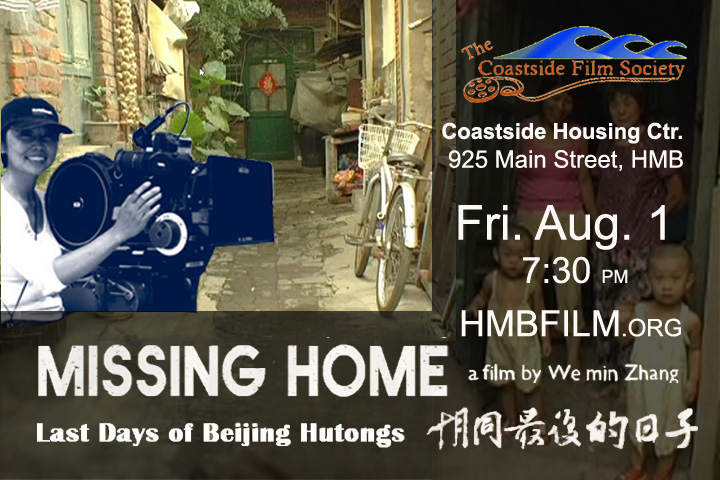 Missing Home is a documentary that explores the affects of modernization on the people of China- specifically its effects on the culture & lives of people living in Hutongs, Beijing’s ancient sprawling alleys.

Hutongs, which date to the Yuan Dynasty (1206-1341), have long been regarded as the heart and soul of Beijing. They are chock-a-block with family homes and crammed with countless small shops and restaurants, but are now disappearing at a prodigious rate as Beijing modernizes. It is estimated that 80% of these revered ancient alleyways have been plowed under in the last decade, displacing close to 580,000 souls. Few of the displaced residents have reaped the prosperity that was promised to accompany modernization – most face more economic struggles than ever before.

Although the loss of the historic architecture is significant, it is perhaps more important to note the loss of an ancient social network of neighbors and friends, of spirit & culture that have defined the way of life in Beijing for centuries of generations. A collective way of life is being edged out by sterile high-rises, which are rapidly inundating the spaces Hutongs once filled. This displacement & replacement stands at the heart of an increasingly controversial dialogue about progress and modernization in China: How can the China of the future balance the preservation of culturally & historically significant traditions & sites, while building a global city?

Letter: This weekend’s Relay for Life lights the way for HMB Rotary in August

Rotary club members are supporting the American Cancer Society in its drive to fund cancer research, raise awareness, and save lives with a team in the Half Moon Bay’s Relay for Life 24-hour event on August 2-3, 2014 at Hatch Elementary School in Half Moon Bay.

The Rotary Club of Half Moon Bay is currently expanding its membership and fundraising efforts to support its local signature cause – RotaCare, the free medical clinic for the uninsured in Half Moon Bay and the surrounding Coastside communities.  The July 31st program is a lunchtime barbecue, Brews & Shoes, in the Outback at Cameron’s Pub in Half Moon Bay.  The program is open to individuals who are interested in the Rotary mission of service above self ($25 admission and RSVP to Kendall Flint at [email protected])

August lunch programs commence on Thursday August 7th with a presentation by the Rotary District Governor, Chris Gallagher, followed by the annual introduction to new Coastside Teachers on August 14th, Lena Potts, the Community Manager for HIP Housing which is dedicated to helping people find affordable housing in San Mateo County, on August 21, and rounded out with Robert Pickett, Artistic Director of the Half Moon Bay Shakespeare Company on August 28th.

My daughter Ashley Chimienti is handicapped. She cannot drive in the state of California. She has to take the bus over the hill for CLASSES at CSM and to meet with her ARC group a few times during the week.

THE bus stops in HMB used to be convenient.

THEN they were changed to across the street from CITY HALL (YOUR OFFICE). THIS Location has a rest room and benches and covered areas incase of indiscriminate weather. THE bus would arrive at 9:00AM and the riders could get on at 9:13 for a run direct to the COLLEGE. THIS WAS an ACCEPTABLE change. BUT now the new change to the route is UNACCEPTABLE.

I was on the phone today with a SAM TRANS representative RICH LESSER 650 508 6202. He advised me that SAM TRANS “LOST” the STOPs on KELLY AND MAIN, because the CITY OF HALF MOON BAY TOOK IT AWAY!

SAM TRANS said they were trying to get on on another side street I believe he said Miramontes. THE bus no longer goes down Hwy 92 to Hwy 1 BUT rather turns on Main street. THEN IT BYPASSES all the TOWN stops and then stops on MAIN AND POPLAR.

I could not figure out why so far away from the CONVENIENT stops till I was told by a worker for the CITY OF HALF MOON BAY on the phone today that POPLAR and MAIN was added because of the NEW SENIOR DEVELOPMENT located at that site. THERE HAVE BEEN SENIOR CITIZEN HOUSING in that location for YEARS and no request for an ADDITIONAL BUS STOP. Sounds like deals are being made with developers.

YOU NEED TO REINSTATE the stops noted as 1, 2 and 3 previously in this email.

THERE were MANY HANDICAPPED RIDERS that used to wait at those stops and you don’t realize the PANIC that you caused my daughter the day the ROUTE changed without prior notification. SHE suffers from SEIZURES and was very shaken when I FINALLY did find her.

YOU BETTER FIX this problem ASAP! OR I will be down to your office. I will give you till July 16 and if I don’t hear back I will be there. 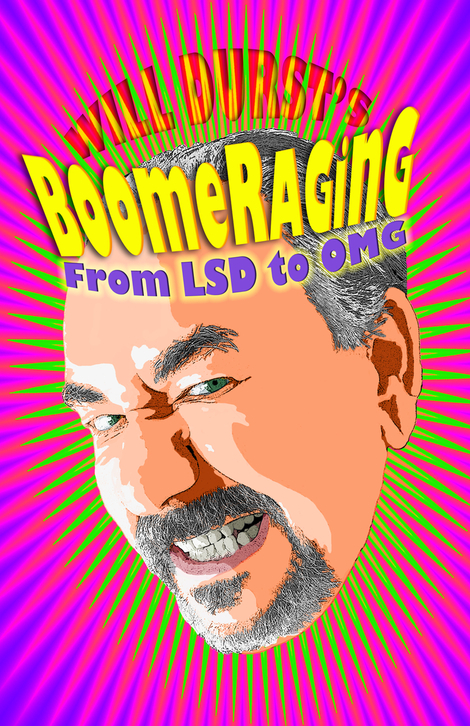 Will Durst’s new show BoomeRaging: From LSD to OMG will open at the Coastal Repertory Theatre in Half Moon Bay, July 5 and 6.

Durst’s new show is an uproarious tribute to the joys, achievements, frustrations, and looming doom of the Baby Boom Generation. In this rollicking 85- minute heartfelt monologue, Durst encourages his chronologically gifted brethren to refuse to grow old in the face of gravity no matter how many times they forget the answer to their password retrieval security question. It’s what happens when acid flashbacks meet Dementia. A celebration of the maturation of the Boomer Nation: culminating in an extra, added special treat- the Meaning of Life.

BoomeRaging: From LSD to OMG is Durst’s first one-man show since Elected to Laugh ran for 41 consecutive weeks in San Francisco in 2012. Acknowledged by peers and press alike as one of the country’s premier political satirists, Will Durst has developed an incomparable career, weaving together columns, books, radio and television commentaries, acting, voice-overs and stand-up into a riotous patchwork of outraged and outrageous common sense. The New York Times calls him, “quite possibly the best political comedian working in the country today.” Author of 3 books, Durst has told jokes in 14 countries, racked up 800+ television appearances, released 5 CDs and despite blistering reproach, continues to squeeze ketchup on his hot dog.

Ably assisted by his genial wit and trusty overhead projector, Durst explores the role of Boomers in today’s youth obsessed society. He shamelessly strokes the egos and pats the hands of the Flower Generation through segments entitled Racing From The Shadow Of A Mushroom Cloud, The Blinking VCR, Still Doing Drugs-Only Now There’s a Co- Pay, The Bright Sides of Extreme Adulthood, and Hope I Die Before I… Oops, Too Late.

BoomeRaging: From LSD to OMG is a unique theatrical event with a dash of poetry all delivered with stand-up timing.

Tickets can be purchased for $30 from the Coastal Repertory Theatre.

A Passionate Journey of the CA Dulcimer with the Film Society 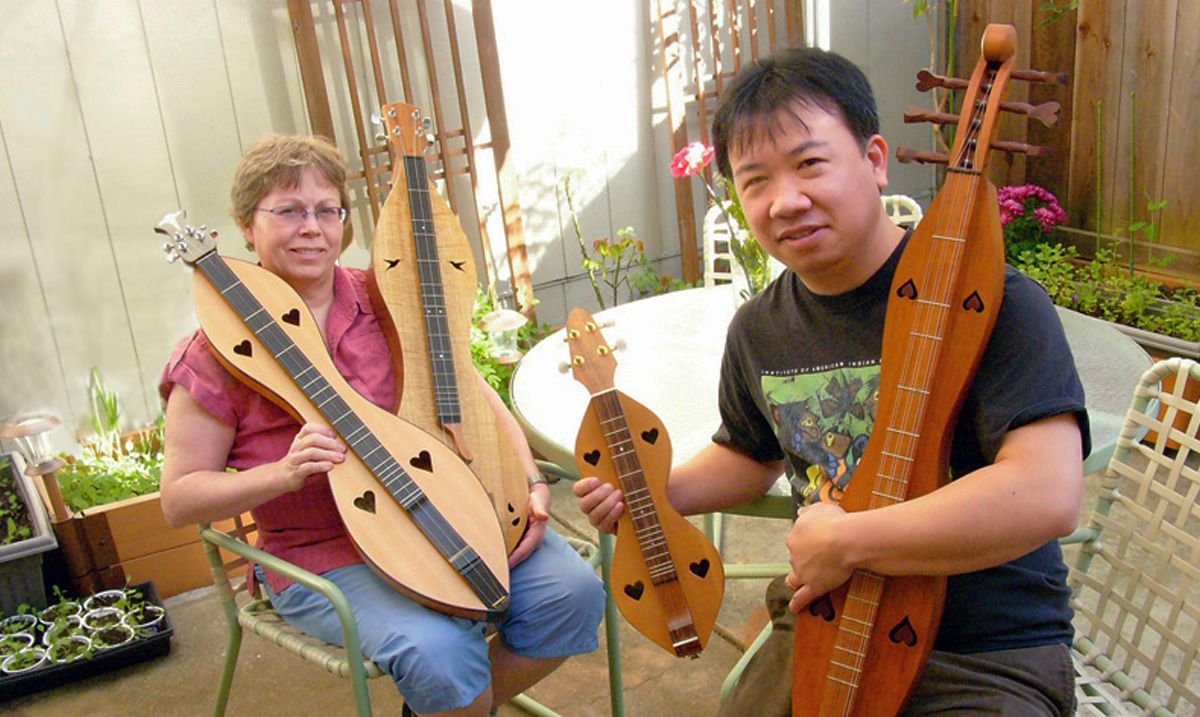 Patricia Delich and Wayne Jiang of Pacifica, CA met at a dulcimer festival in the Santa Cruz Mountains in 2006. Brought together by the quiet but haunting sound of the dulcimer, they married in 2008. At this month’s Film Night, Patricia, Wayne and some friends will play us some of their favorite songs and then screen us their new documentary about the influence the California Dulcimer has had on popular music.

Opening Act: The Dulcimer concert begins at 7:30
Patricia and Wayne start the evening by introducing us to some of their beautiful instruments and by playing us some of their favorite songs.  Don’t be surprised if a few of the stars of their documentary show up to provide accompaniment to this short, sweet concert.

Jean Barlett of the Pacifica Tribune called this film “Extraordinary, beautifully shot, with a storyteller’s sense of mountain and sky, and the intricate workmanship that goes into the creation of this American-born, folk craft instrument.”

Through colorful interviews, rare archival footage, and live performances, Hearts of the Dulcimer gives a firsthand account of life in the counterculture, following one’s passion, and playing and building mountain dulcimers.

The film prominently features the story of the 1960s Santa Cruz dulcimer player/builders Howard Rugg, Michael Rugg, and Neal Hellman. Their unique California style dulcimer sound remains popular and influential to this day. Hearts of the Dulcimer features the music of dozens of dulcimer enthusiasts who follow in the steps of these soulful musicians.

Patricia Delich and Wayne Jiang will gladly take questions about film making and/or the Dulcimer at the end of the screening.

The Coastside Democratic Club has elected a new slate of Board members committed to supporting progressive local and global causes.

The new president Harvey Rarback said “the Club welcomes all Coastside Democrats and like-minded progressives who wish to work for citizen involvement in electoral and community life”.

The Board is planning more frequent membership meetings with guest speakers who can stimulate the membership to take action to achieve its goals.  Rarback listed some ideas the Club might pursue: 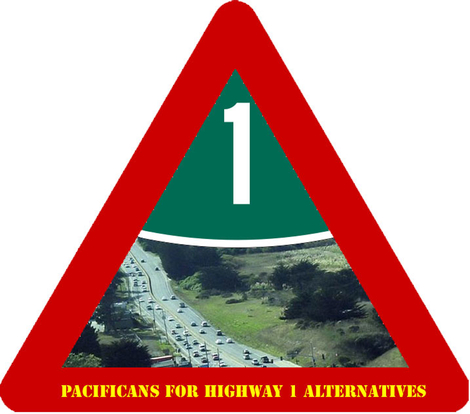 Wednesday, June 25, 7:00-9:00 pm
Pacifica Community Center, 540 Crespi Drive
Free parking is available to the east and behind the building

Looking for Salmon: there’s an App for that

Image credit Joe Falcone
Check FishLine to see when Salmon is available and then look for the boats
Letter
By Joe Falcone on Sun, June 15, 2014

King Salmon season is upon us again and with it the question of whether there is salmon to be had at Pillar Point Harbor on any particular day.  FishLine is now entering it’s third season of providing real-time information on the availability of all fresh seafood at Pillar Point Harbor and now 11 other Pacific coast ports from San Diego to Fort Bragg.

The Pumpkin Festival is holding its annual planning meeting with the festival’s non-profit food and game booth vendors on Wednesday, June 25 at 7:30 pm at Cameron’s Outback.

The purpose of the meeting is to cover application procedures, discuss logistics and plans, and field questions to ensure a well-coordinated, smooth and successful event for all.

The meeting is mandatory for non-profits that participated last year (and wish to participate again) and also open to those interested in applying for this year’s festival.

Opening this Saturday at the Darin Boville Gallery 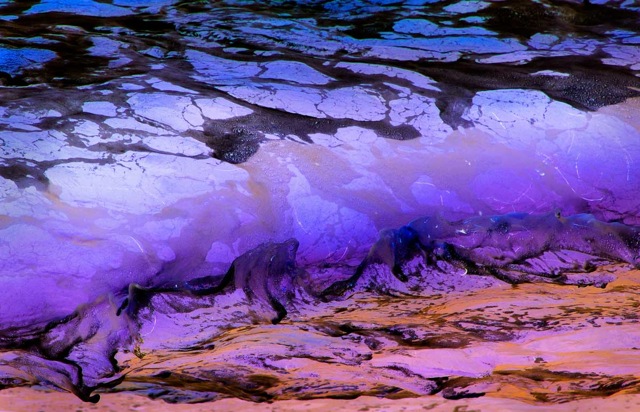 Image credit Darin Boville
"Waves" is a series of eighteen images of waves as you've never seen them before in psychedelic colors. 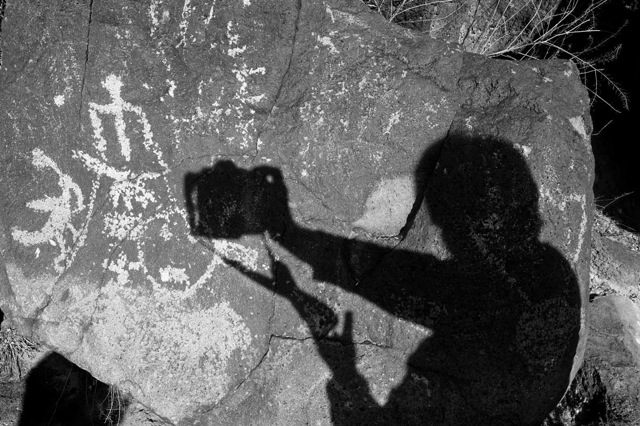 Image credit Darin Boville
"Albuquerque" is a self portrait in shadows made at Petroglyphs National Monument in New Mexico. 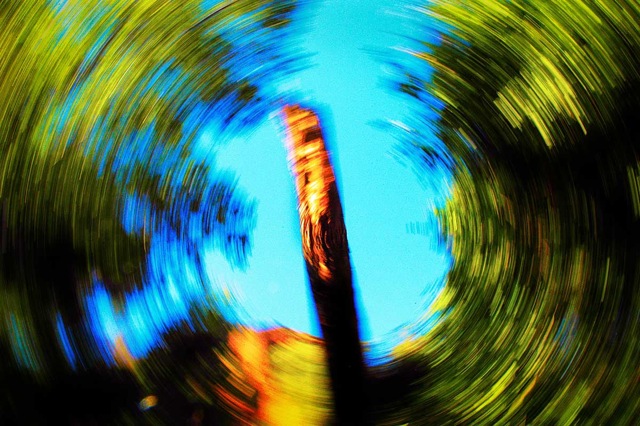 Please join us this Saturday at the Darin Boville Gallery for the opening event of three new photographic projects. We’ll be here from noon to 4:00 with light snacks and beverages.

Up on the walls (and the UltraHD screen) are three of my projects: Waves, Albuquerque, and Category 3.

“Waves” is a series of eighteen images of waves as you’ve never seen them before in psychedelic colors.

“Albuquerque” is a self portrait in shadows made at Petroglyphs National Monument in New Mexico.

We have, as always, beautiful oversized postcards to share—one image from each project. The postcards are free.

There will also be special pricing on the photographs—if you’d like to own an original image we will be offering a significant discount to opening attendees. Let us know if you are interested in a specific print.

The Darin Boville Gallery is located on Route 92 in Half Moon Bay in the Spanishtown building (when you see the large dinosaur sculptures at the side of the road you are there). Our regular hours are 12:00—4:00, Thursday through Sunday.

No need to RSVP. Please feel free to forward this invitation to others.