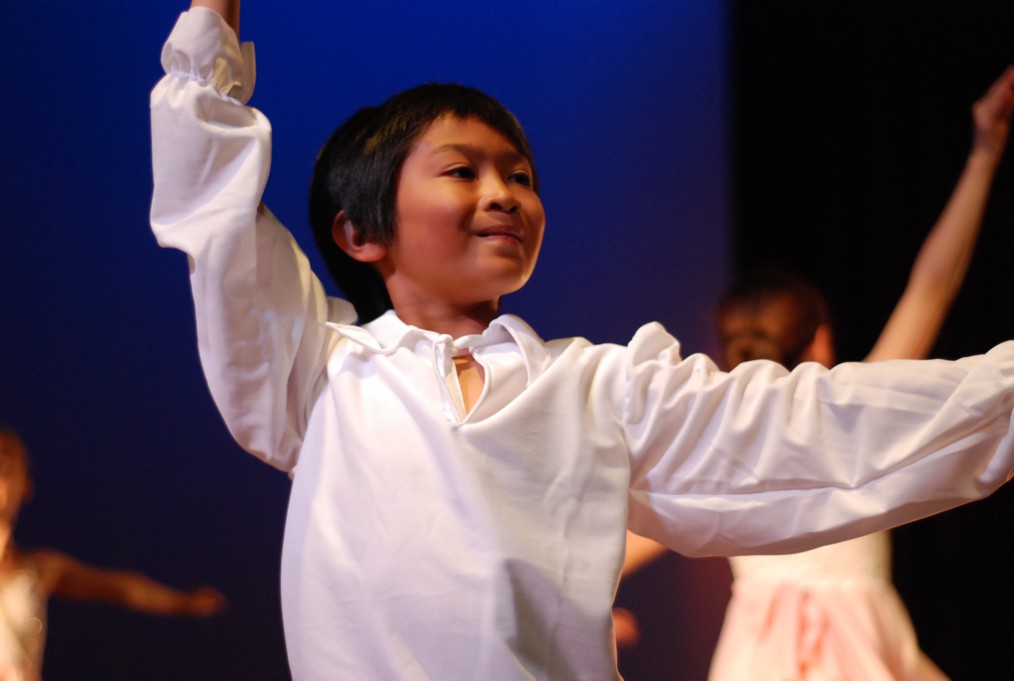 Coastside Shely Pack Dancer JP Viernes is named as finalist in Beach Blanket Babylon’s Scholarship For The Arts For 2014!

Hopefully, This Will Be Shely Pack Dancers Third Win In This Competition. The Winner Receives A Scholarship For $10,000.

Gulf of the Farallones Exploration: Alcatraz seabirds, May 31 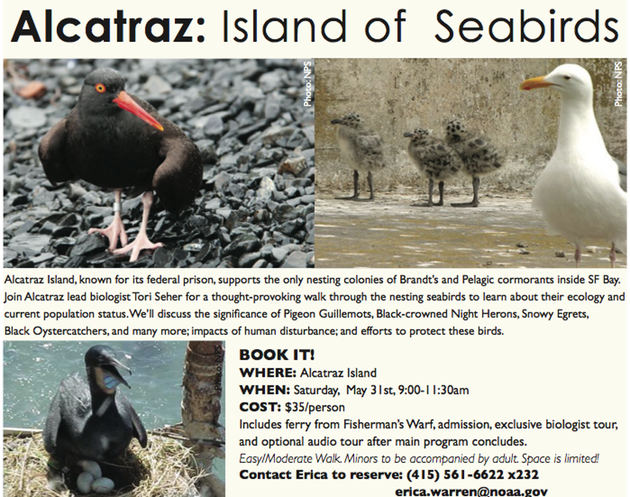 Spindrift Dance Company presents The Monster Within, May 16 & 17 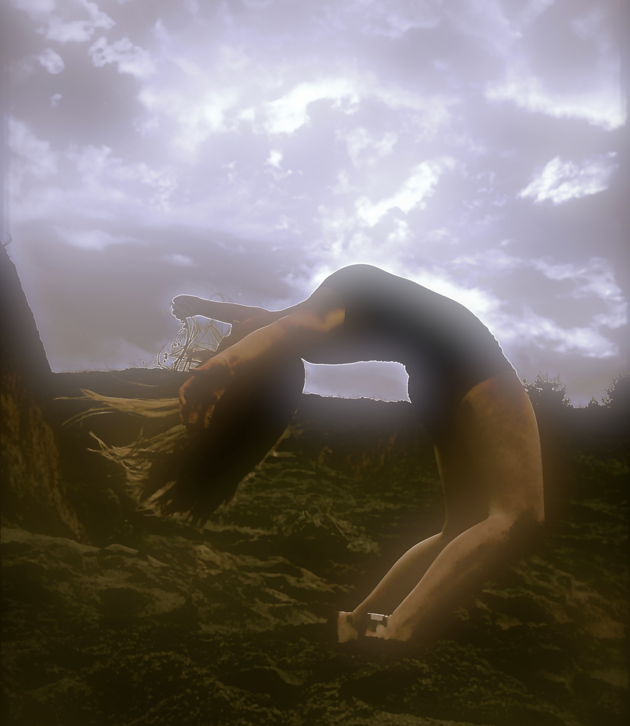 Join some of Spindrift’s most talented and dedicated dancers as they make their company debut on the Terra Nova Theatre stage. This year’s production is an all-youth dance performance exploring what truly makes a monster.

From Medusa to the Banshee, the Nightmare Before Christmas to the Hunchback of Notre Dame, the haunting stories you know and love are brought to life through dance.

Donations to Puente de la Costa Sur will be eligible for matching funds up to $35,000 from Silicon Valley Gives on May 6 Day of Giving.

The web page is open now and any donations made today will be added tomorrow.

Puente is the only community resource center on the South Coast and the only organization in San Mateo County that focuses primarily on agricultural workers and their families. 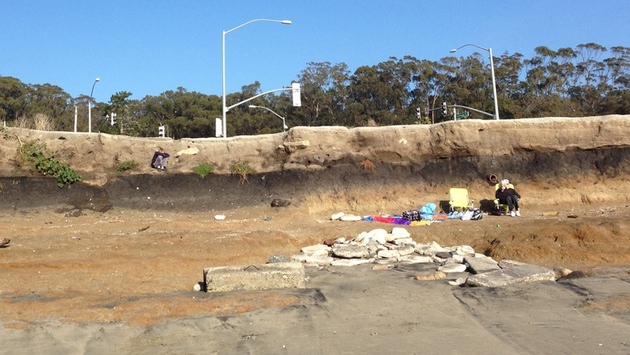 There will be a public workshop as part of the process of creating a Coastal Regional Sediment Management Plan for the 75 miles of coast from Pillar Point to Moss Landing, the Santa Cruz Littoral Cell. More information on the process can be found on the state’s website.

The workshop is being hosted by the U.S. Geological Survey. The goals of the workshop are to

Tuesday May 20 from 6 to 8pm
Half Moon Bay Yacht Club
214 Princeton Avenue, Princeton

The following locations had elevated levels of indicator bacteria and are posted with warning signs: 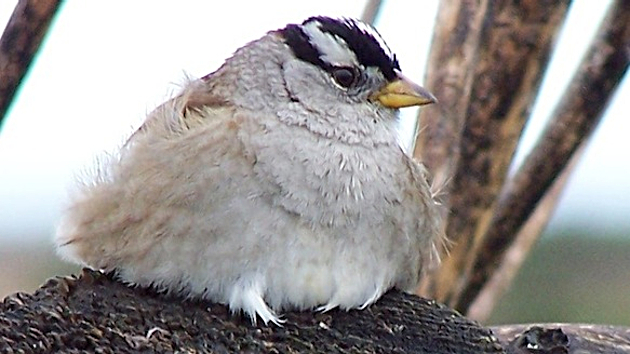 White-crowned Sparrow at Wavecrest
Press release
By Barry Parr on Mon, May 5, 2014

Coastside Land Trust and world-renowned birder Alvaro Jaramillo present Songbirds & Seabirds of the Coastside on Saturday, May 10 through an entertaining workshop and guided bird walk. The workshop will focus on behavior, field marks, ecology, and migratory patterns of local birds and take place at Senior Coastsiders’ new venue on Main Street. The walk will allow you to experience the birds in person through small group guided tours of Coastside Land Trust’s coastal prairie open space at wavecrest. Tickets to the workshop and walk are sold separately and must be purchased in advance.

3573
04/28/51
3100 block of CloverdalePescadero
Outside agency assist
Deputy dispatched to assist an outside law enforcement agency serve a warrant on a subject that resides in Pescadero. The man was taken into custody without incident.

3572
04/29/32
4100 block of N. Cabrillo HMB
23152(A)VC-23152(B)VC-DUIMisdemeanor warrants14601.1(A)VC-Drive with suspended license
Deputy on patrol observed vehicle driving to the far right of the lane, over the fog lines, and with expired registration. The Deputy performed a traffic stop and found the driver appeared to be intoxicated, wanted on two warrants, and driving on a suspended license. She failed field sobriety tests and was arrested and transported to First Chance.
Male age 23 of HMB


3561
04/28/46
N Cabrillo @ San Mateo Rd HMB
243(E)(1)PC-Battery on spouse273A(A)PC-Child endangerment
Deputies responded to report of domestic violence in progress, when the reporting party witnessed a man slamming a female driver’s head into a windshield, while the couple was driving with two young children in the vehicle. Deputies located the suspect vehicle and observed the male pushing the victim’s head against the window. The victim had no visible injuries or complaints of pain, and the suspect denied hitting the woman, however the children in vehicle verified the reporting party’s account of domestic violence. The suspect was arrested and transported to SM County Jail.
Male age 21 of HMB

3537
04/27/15
300 block of Capistrano Rd Princeton
647(F)PC- Public intoxication 849(B)(2)PC- Released from custody
Deputy on patrol observed female subject lying face down in front of the entrance to a bar. The woman was determined to be too intoxicated to care for herself, and was arrested and transported to SM County Jail, to be released when sober.
Female age 48 of Pacifica

3531
04/27/42
2300 block of Carlos Ave Moss Beach
DUI turnover
Deputy dispatched to report of reckless driver who was passing on both sides and driving off the shoulder of the road. The Deputy did a traffic stop and found the driver appeared to be intoxicated. CHP arrived on scene to complete the DUI investigation and subsequent arrest. 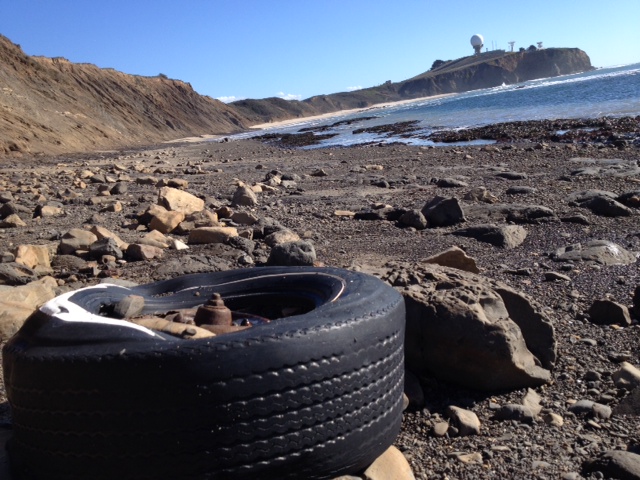 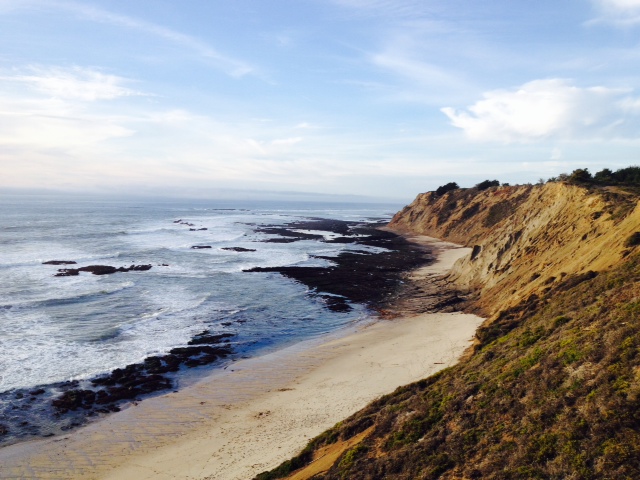 The Pacifica Beach Coalition and its entire team of dedicated volunteers are proud to support a new beach cleanup at Pillar Point and hope you will join the efforts to make a difference at this location.

From the sea walls covered with plastic bags to the shoreline full of styrofoam and the to-go lunches forgotten on the beach, a cleanup is desperately needed and your help is more than ever desired.

Please join us at Pillar Point Harbor’s Beach every last Saturday of the month, from 9 to 11am:

Park at the south east end of the Pillar Point harbor parking lots, walk across to the coastal path and meet us near the RV park, where you will find a check in table and supplies.

To help us reduce waste, please bring your own buckets and gloves if you have them. We will have plenty of supplies should you need them.

Thank you and we hope to see you there as we work to build a connected group of volunteers who make a difference at Pillar Point!

For more information please check the websites for the Pacifica Beach Coalition and Half Moon Bay Beach Cleanup. 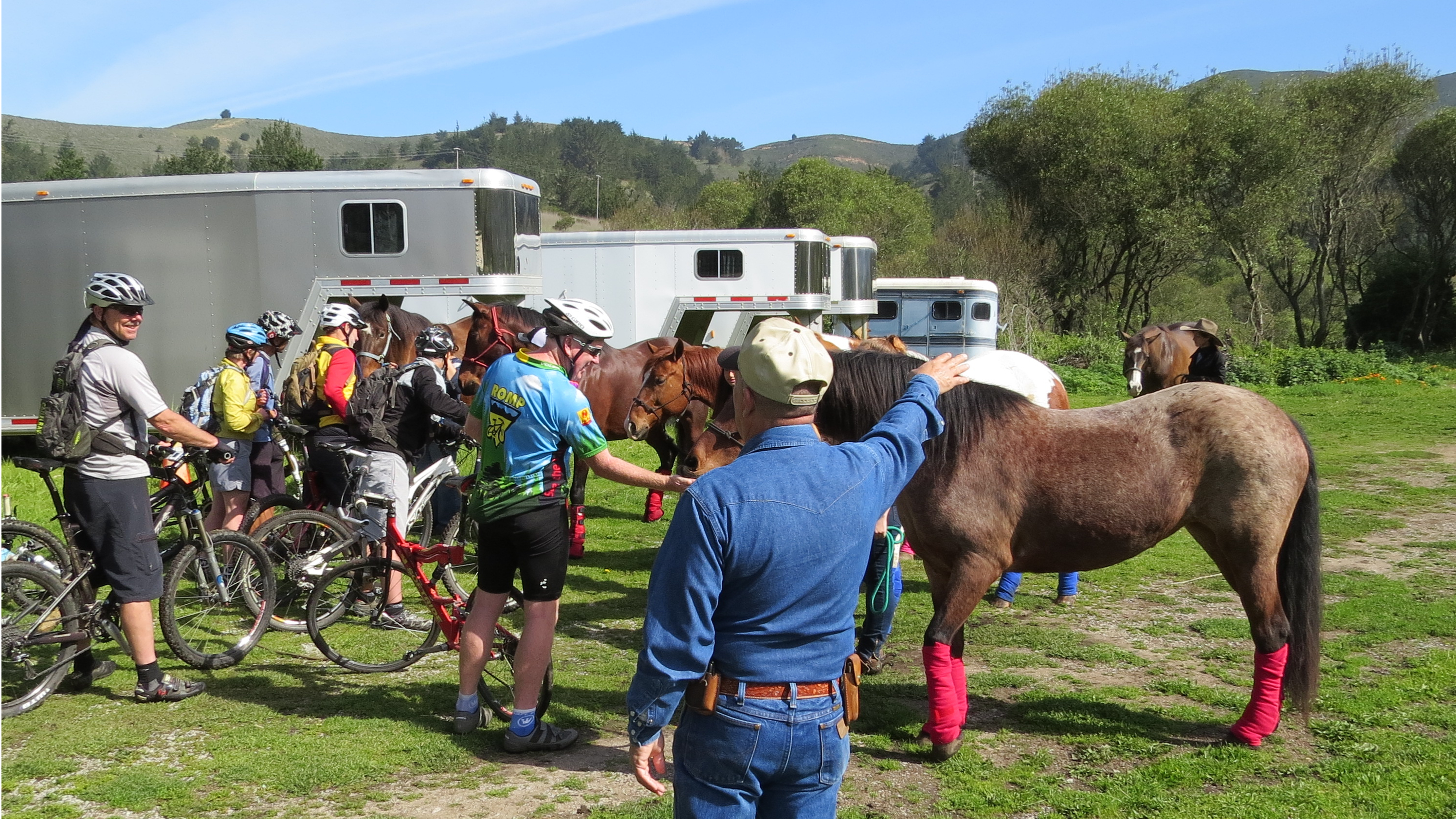 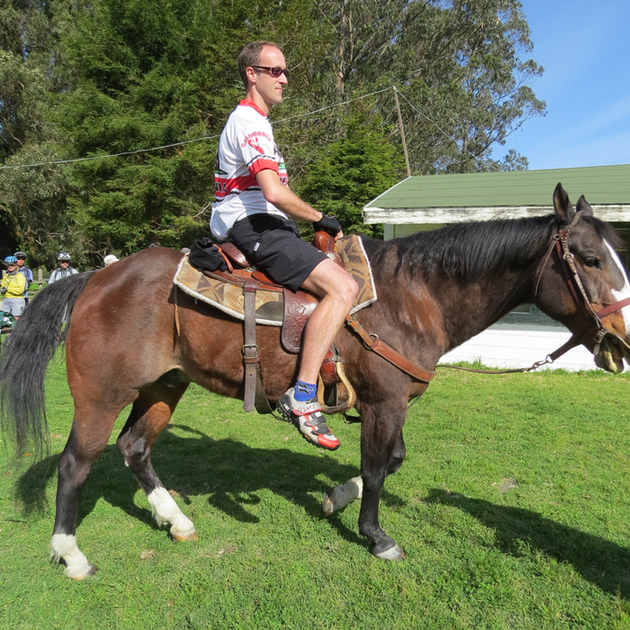 Mountain bike riders, equestrians, and dog walkers encouraged to participate or attend and observe how basic courtesies will smooth most coastal trails activities encounters. The event will take place at Ember Ridge stables area on Sunday, April 27, at 9 to 11am. Events are Free and open to all interested parties.

Multi purpose activities will include exercises that will familiarize dog walkers, equestrians, and mountain bike riders with positive trails behavior on coastal trail-lands.

We’re looking for 4 to 6 each of mountain bike riders, dog walkers and equestrians per event. Ages 10 yrs old and above are welcome and encouraged to participate. All ages and genres welcome to attend and observe activities.

Mountain bike riders and dog walkers please meet and park vehicles on Etheldore Street at the entry to Ember Ridge stables [map] at 8:30am. It’s 10 minute walk or 5 min bike ride to the stables area.

A short ride and walk will follow each clinic, and will be open to all.